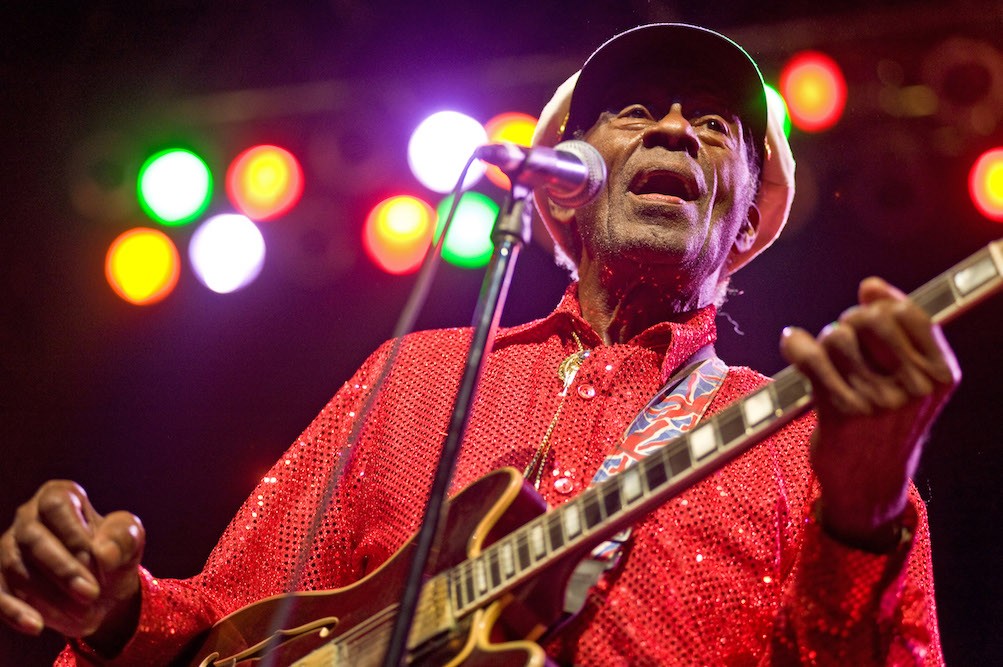 With an immortal run of Chess Records singles beginning in the mid-1950s–including classics like “Maybellene,” “Roll Over Beethoven,” and “Johnny B. Goode”–Berry helped define the twangy, sexed-up, guitar-centric take on R&B that came to be known as rock and roll.

According to Billboard, Chuck was recorded and produced by Berry himself, and contains mostly new original songs. Not bad for a guy born in 1926. Watch a live “Maybellene” from 1958 below.