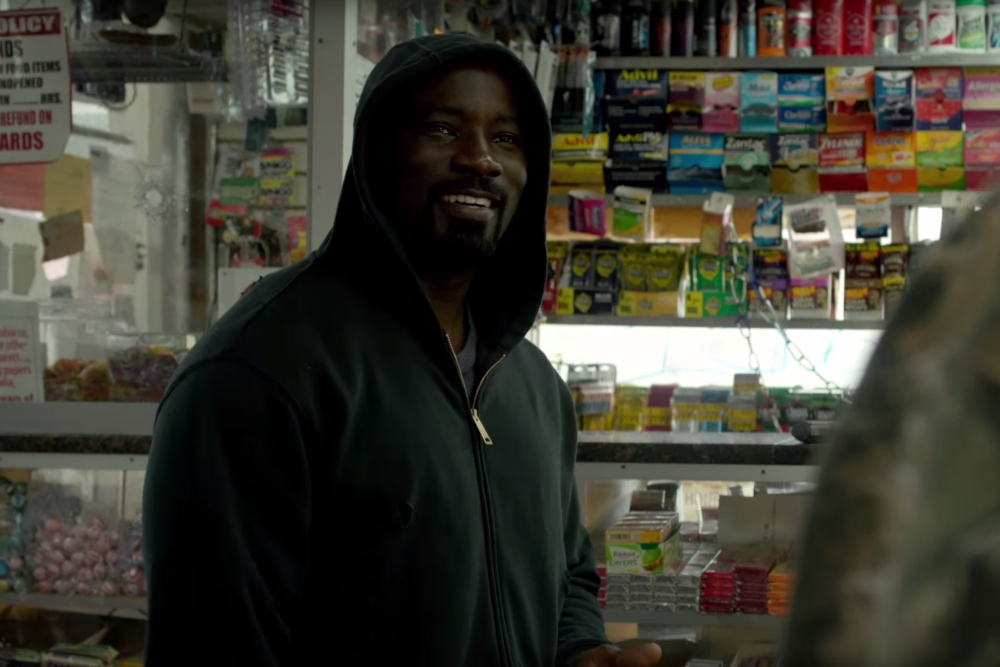 Marvel’s world domination will continue on Friday, September 30, when the content juggernaut unveils the first season of Luke Cage, its newest Netflix original series. In advance of the debut, we have a fresh trailer that sets the table for the highly anticipated show, which follows Daredevil and Jessica Jones as the third of Marvel’s “street-level” crime dramas. Expect the following from Luke Cage: dudes getting thrown off roofs and through windows; star Mike Colter insisting he’s “not the hero type” even though he fights crime and is basically bulletproof; House of Cards player Mahershala Ali relishing the role of Harlem crime boss Cornell “Cottonmouth” Stokes; and a thrilling score courtesy of composer Adrian Younge and A Tribe Called Quest’s Ali Shaheed Muhammad.

Catch the new trailer—which features a cameo from Method Man and includes a snippet of Nas’s 2002 classic “Made You Look”—below, and check out an earlier preview here.