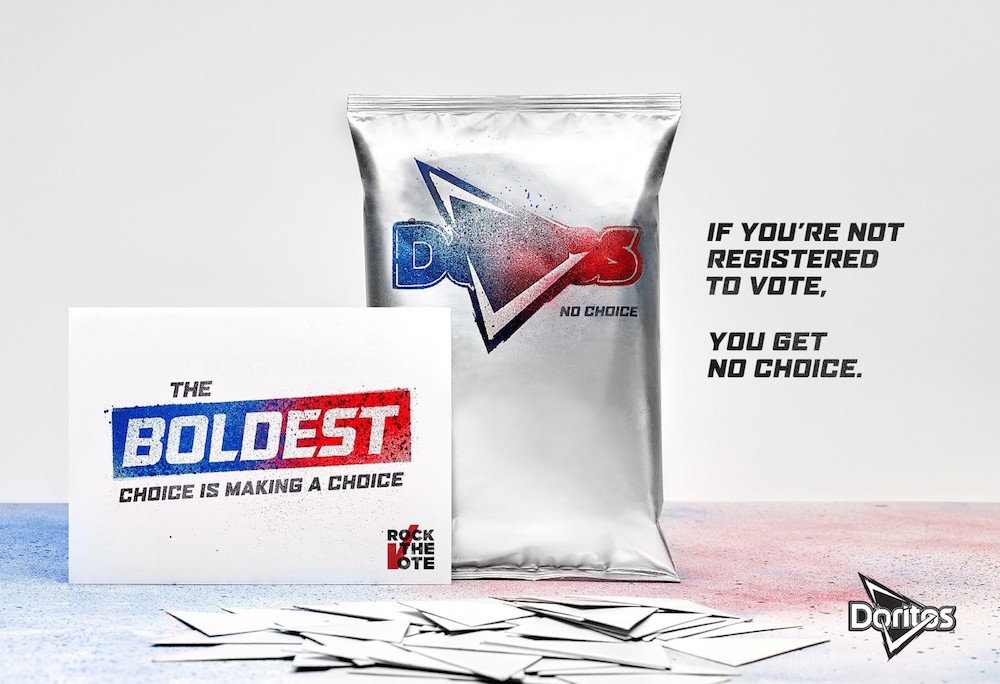 Millennials love their apps, and they love their Chipotle, but they don’t always love having a say in their representational democracy. Youth voter turnout is routinely terrible, and the brands have something to say about it. Today, Doritos™ announced a partnership with Rock the Vote, the political nonprofit aimed at raising youth voter turnout. But the chip conglomerate won’t have an effect by ferrying youngs to the polls, or lobbying against voter ID laws. Instead, Doritos is hoping that getting a plastic bag filled with trash will inspire you to register.

Tomorrow, Doritos will launch a special Doritos bag with “no taste, no crunch and no chips,” in the words of a press release. Again, the Doritos bag doesn’t have Doritos. Instead, it contains cardboard triangles, and a printed card with a spiel about the importance of voting. Doritos consumers will be able to send one of these bags to a friend who hasn’t voted, because intentionally delivering useless garbage to a loved one’s door is the least patronizing way of reminding them of their civic duty. Here’s the money quote from a company vice president: “This election season, Doritos believes the boldest choice is making a choice.”

It’ll create who-knows-how-much packaging waste, and likely inspire a bunch of “did you mail me an empty bag” texts, but still: In brand world, this is what counts as performing your corporate duty . Below, watch a video in which the new bag is debuted in a vending machine, confusing a bunch of millennials, who later admitted the whole thing was incredibly deep.