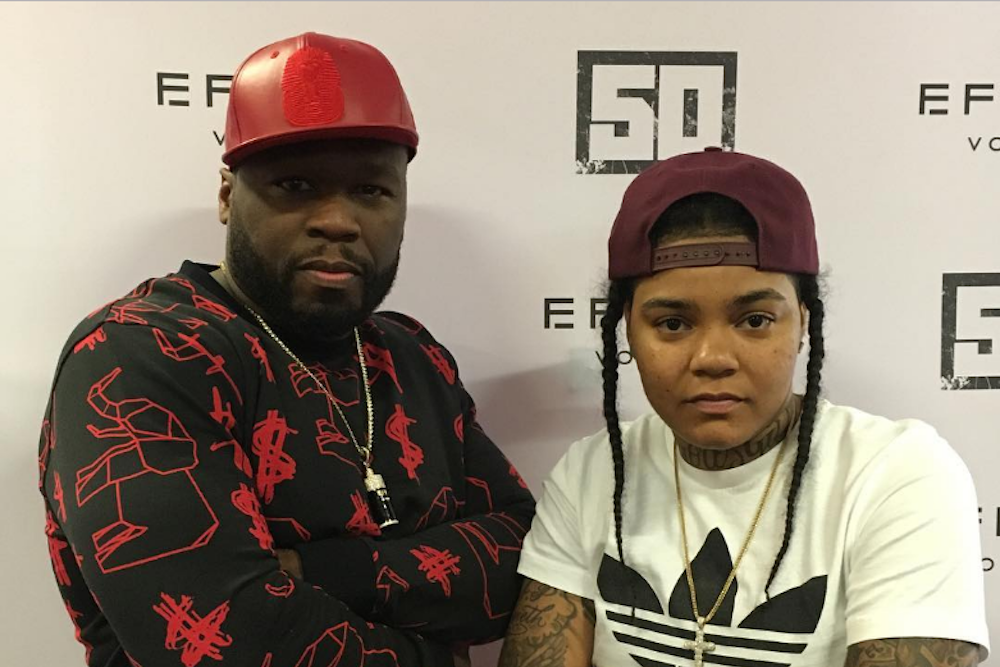 Young M.A’s “OOOUUU” ruled New York this summer–the song was “in the streets more than sesame,” to borrow a line from Young M.A herself. To cap off the season, here’s a new remix featuring the millionaire Vitamin Water investor Curtis Jackson, who occasionally raps under the name 50 Cent.

The remix, which comes via Whoo Kid about a month after Fiddy cosigned M.A on Instagram, isn’t a drastic reworking–it just tacks his verse onto the beginning, and the rest of the song proceeds as usual. Still, we’ll take any excuse we can get to listen to “OOOUUU” again, and pretend the depths of winter aren’t just around the corner.