Michael Phelps Has Steve Aoki to Thank for All Those Medals

Well, and his own amazing athleticism and determination 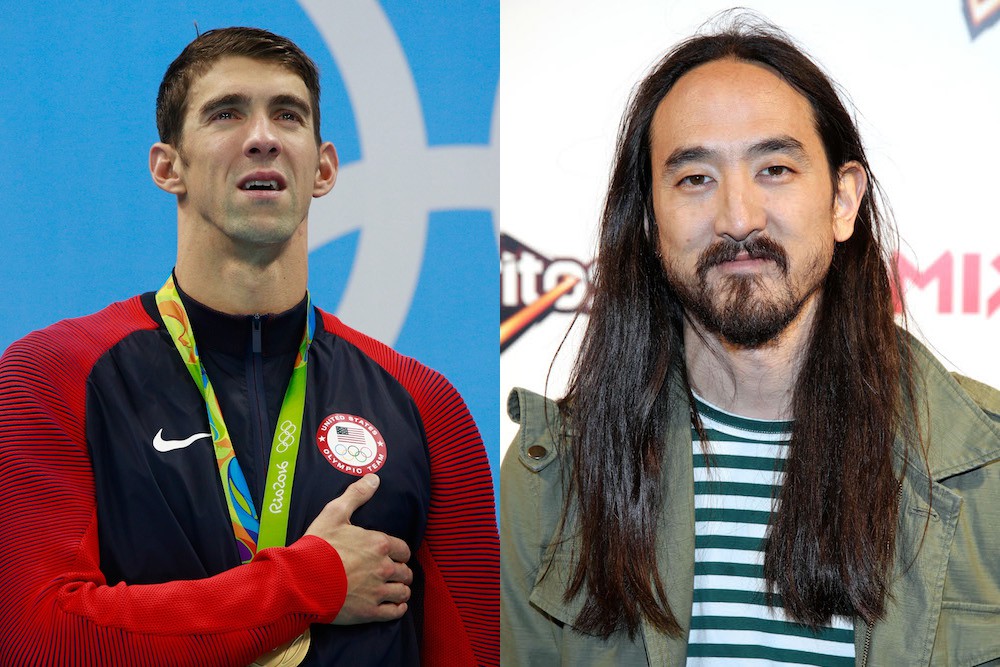 Olympic swimmer Michael Phelps has had a record-breaking time over there in Rio de Janeiro, winning his 13th individual gold medal, bringing that to a record-breaking 28 total medals. (Talk about retiring in style.)

Anyway, NBC recently got ahold of Phelps for a Facebook Live interview earlier this week, where the swimmer talked about the music he listens to before jumping into the pool. As Billboard and Stereogum point out, Phelps is a big Eminem fan, and this Olympics in particular he’s been listening to a lot of Skrillex’s remix of Nero’s “Promises.” Also, right before winning the 4×100-meter medley relay last Saturday, he listened to Steve Aoki and Afrojack’s “No Beef.” Your newly patented death stare would suggest otherwise, Michael, but okay.