What Are American Football Teasing on Social Media? 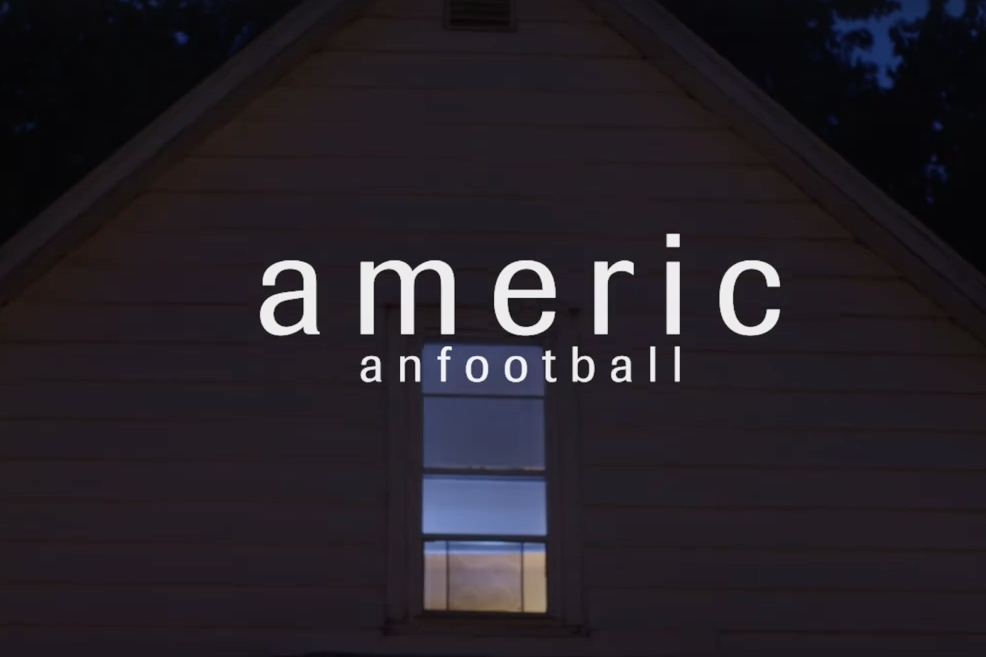 Cult favorite Champaign, Illinois emo band American Football have updated their official website and social media profiles with a mysterious 30-second video. The clip features a slow vertical shot of a roofline, closely resembling the cover of their 1999 self-titled album.

American Football formed in 1997 and disbanded in 2000, but gained wider acclaim over the next fifteen years and reunited in 2014 for a series of tour dates. Frontman Mike Kinsella has recently been active with his band Owen, but hasn’t released any new music under the American Football name. That, it seems, may soon change.

The teaser video, which the band posted simultaneously to Twitter, Facebook, and Instagram, as well as the background of their official site, can be seen below.