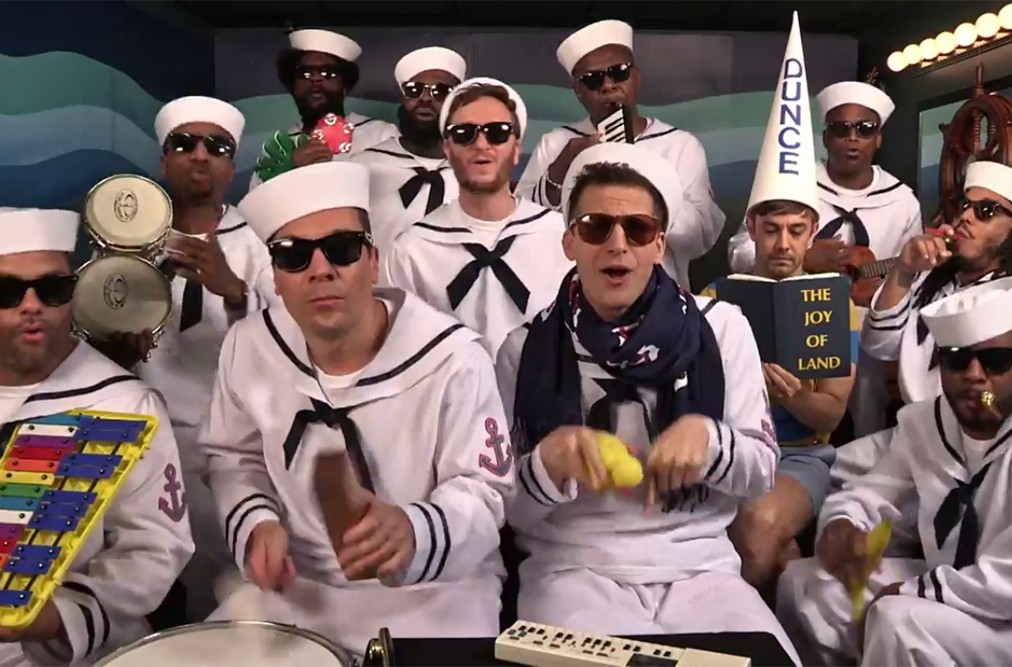 The trio of Akiva Schaffer, Jorma Taccone, and Andy Samberg stopped by the Tonight Show Starring Jimmy Fallon last night to promote their upcoming film, Popstar: Never Stop Never Stopping (out June 3) and perform their greatest hit with the Roots and Fallon himself on classroom instruments. With no T-Pain in tow, collect your winnings if you ever put money on Black Thought exclaiming, “I f**ked a mermaid.” Watch the clip below.