Review: Aesop Rock Won’t Shut the Hell Up on ‘The Impossible Kid’ 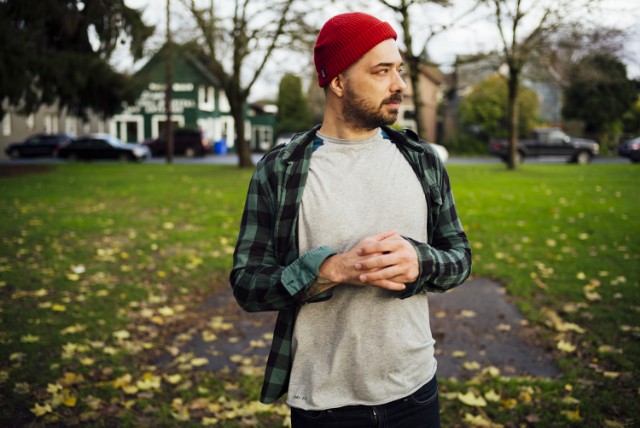 Former Myspace nerds like myself first heard Aesop Rock because of tracks like 2005’s “Facemelter,” a zany, lyrically dense song just like all of his output would turn out to be. I didn’t quite understand him back in high school but savored these bars, holding every five-dollar word in my mouth like gumballs. But it’s never really been about understanding Aesop Rock’s lyrics, which are practically nuclear codes. His music has always been complex but also simple: easy to rap along to, hard to ascertain meaning from.

What was inventive when the Brooklyn-turned-Portland MC first started gaining recognition in the early 2000s, though, has become tired and tiring; it’s hard to derive pleasure from The Impossible Kid, Aesop’s seventh album. While other nerd rappers with a penchant for verbosity like MC Lars and my boo Watsky offer entertainment value in the form of punchlines and intriguing hooks, Aesop sounds like he should be supporting the Flobots on their next tour.

On “Mystery Fish,” the new LP’s opening track, Aesop thesauruses to his listeners (“In a cave on a failed bit of terraforming / Four corners of paranormal”) over what sounds like a car commercial. He’s “out the box,” he boasts, but he can’t be serious — he’s in a box of his own making, one so limited by his lyrical superfluity and repetitious, grating production. The second track, “Rings,” starts with a sputtering instrumental that sounds like the final level in the Aladdin game for SNES. He spits a couple of good rhymes over it (“Hard to admit that I used to draw / Portraiture in the human form”), but the chorus (“Colors pouring out of the frame” — wha??) bores.

So it goes: “Lotta Years” sounds like a throwaway from 2001 but also very battle-rappy and off the cuff. The part when he talks about the lady at a juice place he frequents is great because he’s showing and not telling, which lets us glimpse his psyche in a real way: “The girl that worked down at the local juice place got a head full of dreadlocks down to her waist / I watched her add the spinach to the ginger to the grapes / My hair was underwhelming, my juice was great.” Aesop compares himself to other people — how relatable! “Dorks” is accessible in that way, too. Who doesn’t contemplate their mortality and think about all the f**king jealous sycophants and cogs in the machine that don’t think they’re cogs in the machine?

At his best, Aesop Rock expresses what every neurotic, sensitive nerd wants to say. Unfortunately, he exhausts his audience with self-indulgent, not-very-concrete prose. He needs to reel it in and let people have a chance to breathe and process the verbiage. Almost every track on The Impossible Kid is indistinguishable from the next, blending together in a way that converts the man’s talent into his fatal flaw, due in part to the forgettable beats.

But there is one song that escapes this fate: “Get Out of the Car” is short and enjoyable, harnessing all of the self-deprecation but with an emotionally honest tone assisted by similarly evocative guitar riffs. Also he, like, talks about clogged-up chakras? Musically, this song is the equivalent of when your partner takes your enjoyment into consideration, and isn’t all in their own head. But it’s long after you’ve decided dating them would be impossible.