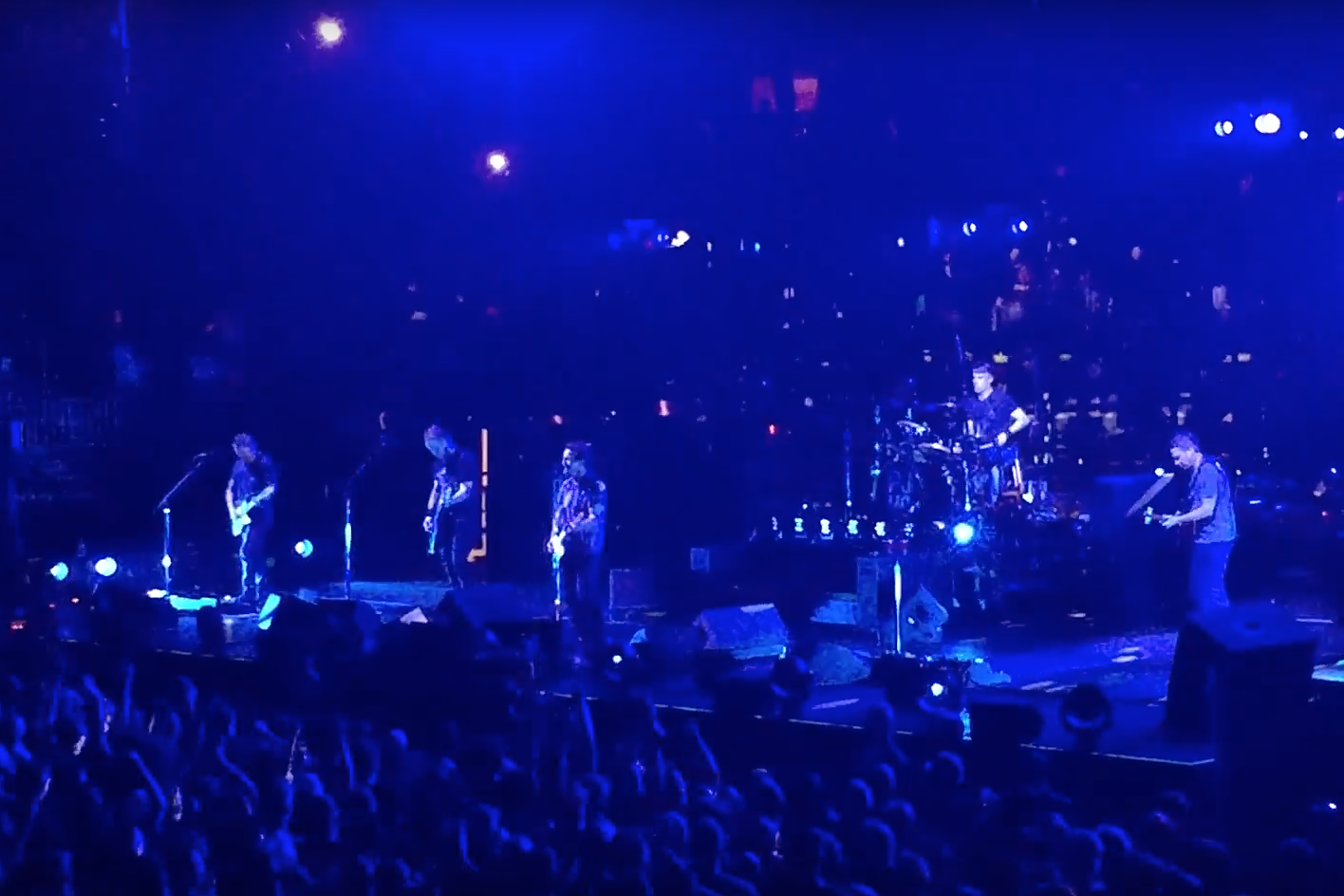 A ten-second catch-up on America’s presidential  primary campaign: eerily animate rubber mask Ted Cruz dropped out of the race last night, after losing to blotivating comb-over Donald Trump in Indiana. Trump is effectively the last Republican candidate standing. Bernie Sanders carried Indiana by a few points, so he has the same half a chance against Hillary Clinton as he did last week.

Pearl Jam’s Eddie Vedder didn’t know any of that on Sunday, when the band played New York City’s Madison Square Garden. He couldn’t have, because it hadn’t happened yet. But he didn’t have to! Vedder is not a Trump fan, and the good citizens of Indiana are not going to budge him. Vedder thinks Trump has a big ego and a tiny dick, and he even wrote a few lyrics about it. Watch it below.

The audio quality is alright, but if you’re having trouble hearing, here’s what Vedder is singing:

F**k Donald Trump
It’s like his penis gets smaller every time he says “huge”
And I like Hillary but I can feel the Bern
All you young voters it’s time you were heard
Please don’t stop, don’t ever give up
So now I got your attention
S**t’s getting real f**ked up