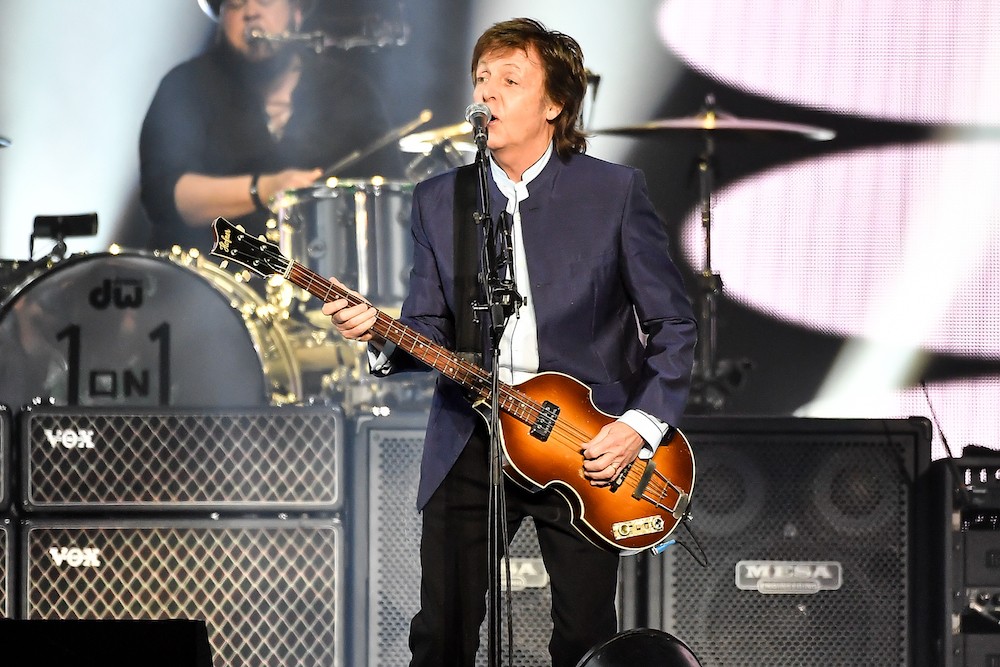 Nobody predicted that Sir Paul McCartney would have his name attached to a song with the hook, “All day, nigga.” But Kanye West made it so with his one-off 2015 single, “All Day.”

Even though the track stalled on the charts and didn’t even make it onto The Life of Pablo, McCartney had to defend West’s use of the N-word on the song. The topic came up as the ex-Beatle appeared on BBC’s Mastertapes series to discuss the making of “All Day.” McCartney navigated the touchy subject as best as he could — which is to say, gingerly with aloof wit.

“I get this track back, a thing called ‘All Day.’ He’s taken my melody and he’s made it seriously urban,” McCartney says, “which is funny because the lyrics use the N-word. A lot! ‘How long have you been at the mall? All day, N-word.’”

In the clip, Macca says that Oprah Winfrey herself urged him to not work on the track: “People like Oprah, who are a little conservative about that stuff, she says, ‘You shouldn’t do it, even black people shouldn’t use that word.’ I said, ‘Yeah, but it’s Kanye!”

The full episode comes out on May 28, but you can watch a segment below. McCartney is a legend, but he pretty much agrees with the general consensus on Kanye West: “He’s a monster — he’s a crazy guy who comes up with great stuff.”