'Thank You' is out on Friday, thank you very much 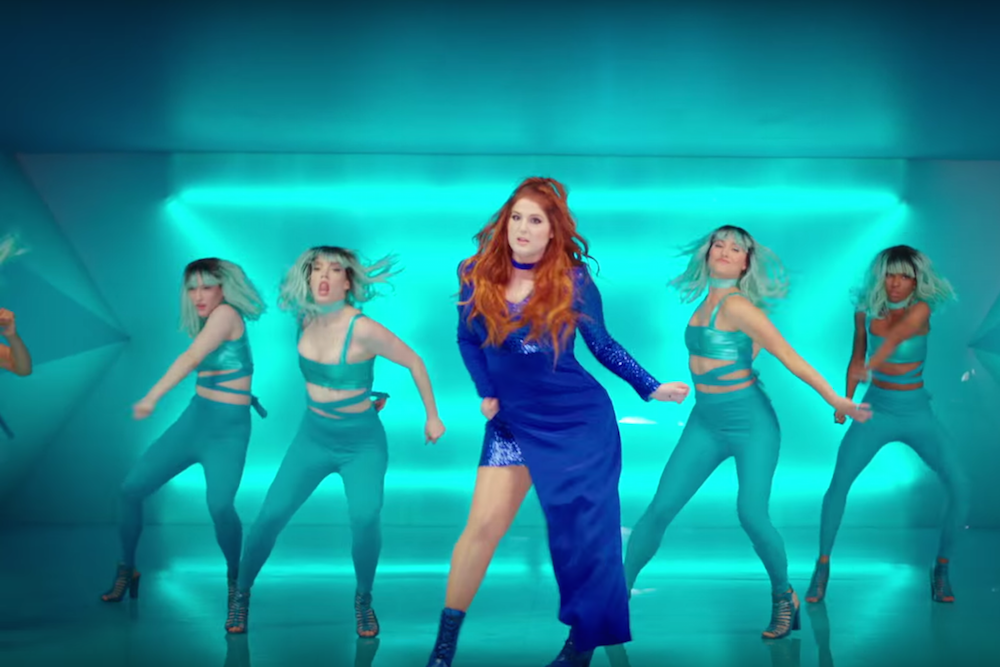 Update: Trainor says in a series of Snapchat videos that she has pulled her “Me Too” video down from the Internet after she (and her fans) realized that she’d been Photoshopped to look skinner in the treatment. “They Photoshopped the crap out of me and I’m so sick of it,” she said. “My waist is not that teeny. I had a bomb waist that night.” Watch her explain below.

The real #metoo video is finally up! Missed that bass. Thank you everyone for the support 💙

Grammy-winning pop star Meghan Trainor has undergone quite the transitional phase this year, starting with the ’90s-leaning “NO,” the very good lead single from her sophomore album Thank You (the follow-up to last year’s Title is out this Friday via Epic). Chalk the sonic transformation up to her collaborative work with megastar producer Ricky Reed (we owe him gratitude for Jason Derulo’s “Talk Dirty” first and foremost), who stepped in and whipped together a new sound for the “All About That Bass” songwriter a few months ago.

Today they’ve released the music video for Trainor’s second Thank You single, the excellent, woozy “Me Too.” Where the “NO” treatment actualized a Big Pop Aesthetic for the star, “Me Too” hews closer to the “Scream and Shout”-indebted song’s lyrical self-empowerment. “If I was you / I’d wanna be me / Too,” Trainor rhapsodizes on the chorus as she travels through Los Angeles wearing a giraffe onesie. It’s silly and self-effacing, and what seems to be at first glance simply a “goofing around montage” turns into an all-hands-on-deck, big budget dance number. Watch below, and give Thank You a chance on Friday.

Review: Meghan Trainor Justifies Her Uncanny-Valley-Girl Pop on ‘Thank You’

Meghan Trainor Rips Through ‘Me Too’ on ‘Tonight Show’

Watch Meghan Trainor Dance in a Warehouse in Her ‘NO’ Video