Tickets go on sale Friday, May 20 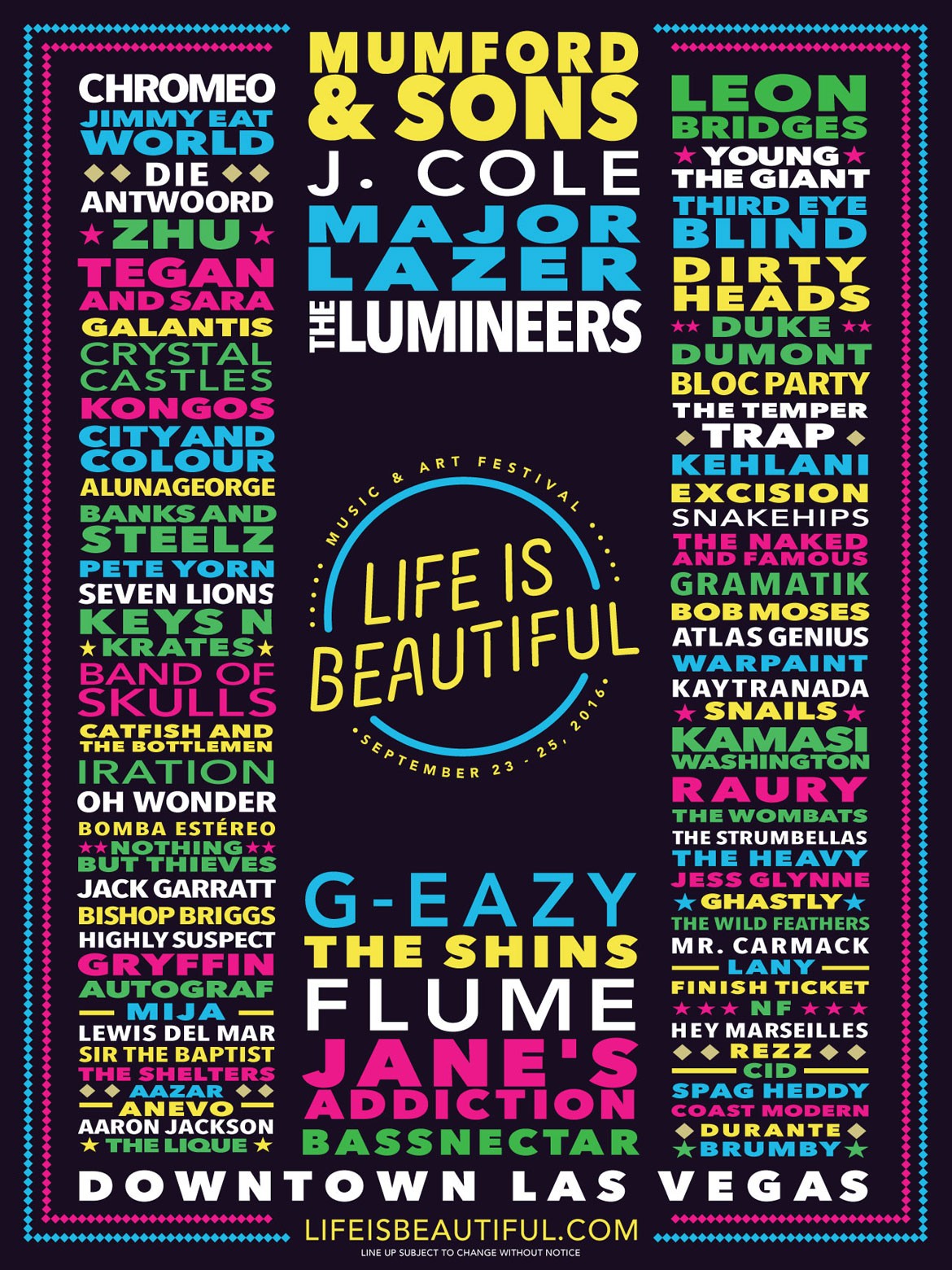 Las Vegas’ Life Is Beautiful festival will have a strong lineup in its fourth year: The three-day event — which has featured Stevie Wonder, OutKast, and TV on the Radio in the past — will be headlined in 2016 by J. Cole, Major Lazer, and Jane’s Addiction. The three acts are scheduled to make festival appearances throughout the summer (all three are also slated to perform at Lollapalooza in July). The Lumineers, G-Eazy, The Shins, Flume, and Bassnectar are also billed as Life Is Beautiful headliners.

The festival will feature a wide variety of strong supporting acts, too. Saxophonist Kamasi Washington, Kehlani, Bloc Party, and Tegan and Sara are a few of the notable scheduled performers. Banks and Steelz, the musical duo comprised of RZA and Interpol’s Paul Banks, will also make an appearance.

Life is Beautiful takes place from September 23 through 25.  Tickets go on sale tomorrow at 10 a.m.