Kesha was reportedly planning to make a "statement" against Dr. Luke 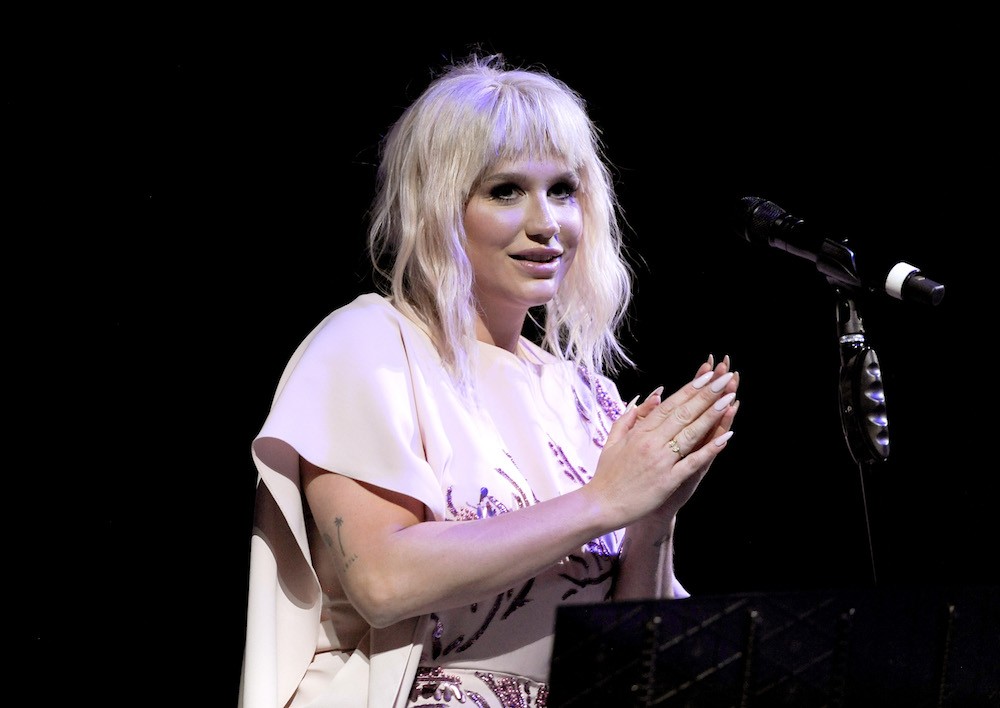 Update 2: A day after word broke that Kesha’s Billboard Music Awards performance was canceled, the New York Times has gotten confirmation from Dr. Luke’s label that the singer is now cleared to perform during Sunday’s ceremony.

“Kesha’s performance on the Billboard Awards was always approved, in good faith,” said the label in a statement. “Approval was only suspended when Kemosabe learned Kesha was to use the performance as a platform to discuss the litigation. Now that Kemosabe has obtained assurances, that is relying upon, from Kesha, her representatives and Dick Clark Productions that neither Kesha nor her supporters will use the performance as such a platform, the approval has been restored.”

Update: Although the performance is still canceled, Kesha took to Instagram to clarify that she didn’t plan to make a “statement” against Dr. Luke. She simply wanted to pay tribute to Bob Dylan.

I was very excited to perform a tribute to Bob Dylan by singing a cover of “It ain’t me, babe” at the Billboard awards this year. I’m very sad and sorry to say I won’t be allowed to do this. I just wanted to make very clear that this performance was about me honoring one of my favorite songwriters of all time and has never had anything at all to do with Dr. Luke. I was never going to use a picture of him, speak of him or allude to my legal situation in any way. I simply wanted to sing a song I love to honor an artist I have always looked up to. thank u all for the continued support.

Kesha’s legal troubles with Dr. Luke have dealt her another blow. The singer’s scheduled performance at the upcoming Billboard Music Awards has been canceled after Dr. Luke’s label, Kemosabe Records, rescinded permission for her to perform at the event, according to TMZ. Although her appearance was never confirmed by Billboard, TMZ reported that Kesha was planning to make a “statement” against Dr. Luke at the award show, which takes place on Sunday, May 22.

Dick Clark Productions, the company that produces the Billboard Music Awards, issued a statement to Billboard regarding the canceled performance. “Kesha accepted an invitation to perform on the show and she received written approval from Dr. Luke’s record label, Kemosabe Records,” per the statement. “Kemosabe subsequently rescinded its approval following a media report on Wednesday May 11 regarding Kesha’s appearance on the BBMAs. Unfortunately, Kesha and Kemosabe have since been unable to come to an agreement for Kesha to perform on the show.”

Kemosabe hasn’t made an official statement, but TMZ says Dr. Luke canned the performance once he heard what she was planning. Of course, back in October 2014, Kesha accused Dr. Luke of sexual battery and assault, emotional distress, unfair business practices, and harassment, and she requested to be released from her contract with Kemosabe. A New York judge threw out the case earlier this year, on April 6.

Despite her loss in court, Kesha has still continued her protests against Dr. Luke. She performed a stirring rendition of Lady Gaga’s anti-rape composition, “Til It Happens to You,” earlier this month, and earlier this week, her lawyers announced their intention to continue the legal battle in California.

With or without Kesha, the Billboard Music Awards will soon take over Las Vegas’ T-Mobile Arena. Ciara and Ludacris will host the ceremony, which will air live on ABC on May 22, beginning at 8 p.m. EST.