RIP to a fixture of the 1980s Washington, D.C. punk scene 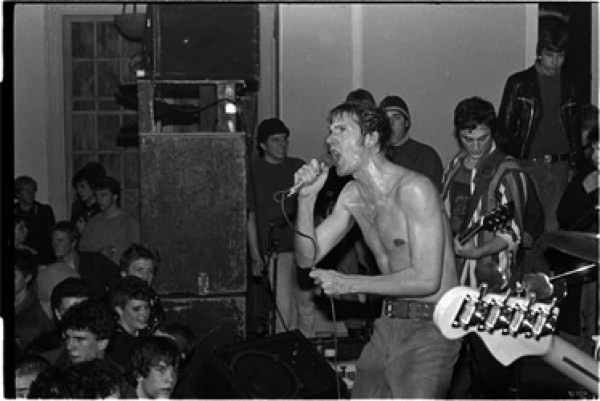 In 2015, prior to Stabb’s diagnosis, Government Issue played a series of reunion shows. Stabb spoke to Noisey about his band’s legacy:

I’m certainly not the same angry, young man with the broken heart worn on my sleeve, no. But at 54 years bold, I’m happy to share these old feelings with everyone who can either relate to or just dig hearing. I cannot put a number on how many listeners of G.I.’s music who’ve shared with me how much some of our songs and my lyrics helped them get through the stressful teenage years as well as their troubled adult lives. I’m glad that something I was part of and still doing after I once claimed it would never happen after 1989 made an impact on folks.

In recent years, Stabb also performed with his band History Repeated. He was featured in Salad Days, the Kickstarter-funded documentary film about the glory days of D.C. punk. A GoFundMe page set up to collect money for his treatment raised over $50,000.