Before you ask: No airballs 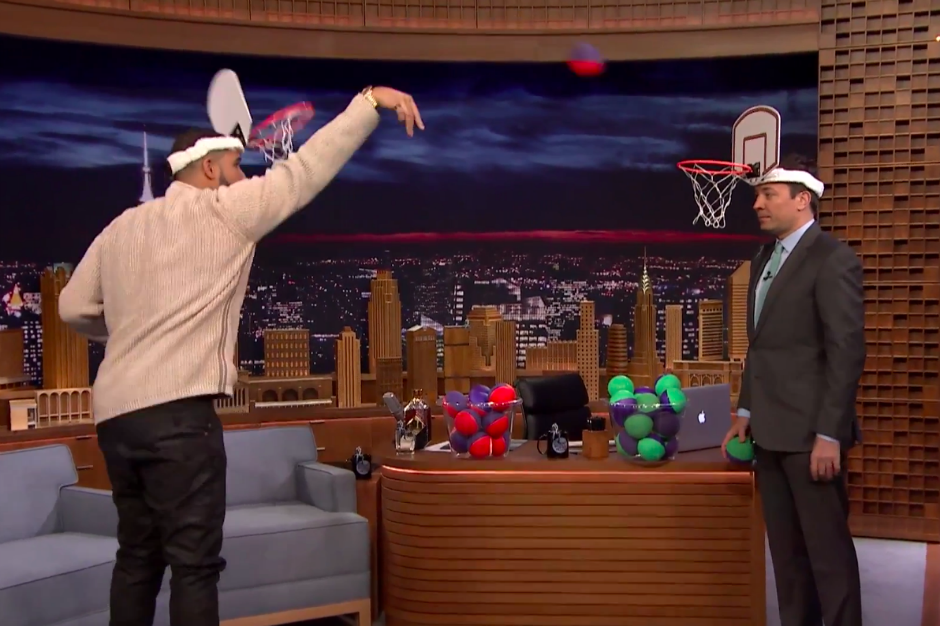 Drake may have a new million-selling album to promote, but more importantly, he has a basketball team one game away from the Conference Finals to rep for. He did so on The Tonight Show Starring Jimmy Fallon, playing Fallon in a game of “Faceketball” — rapper and host both wearing mini-hoops on their head, and shooting at the other one’s from a couple yards away. Despite Drake’s infamous history of shooting nothing-but-nothings, he sinks an early one against his adversary, and then finishes it off with a 360-degree slam for the victory.

OK, maybe only 240, but who’s counting? Watch here, along with some other clips from Drizzy’s Fallon appearance.