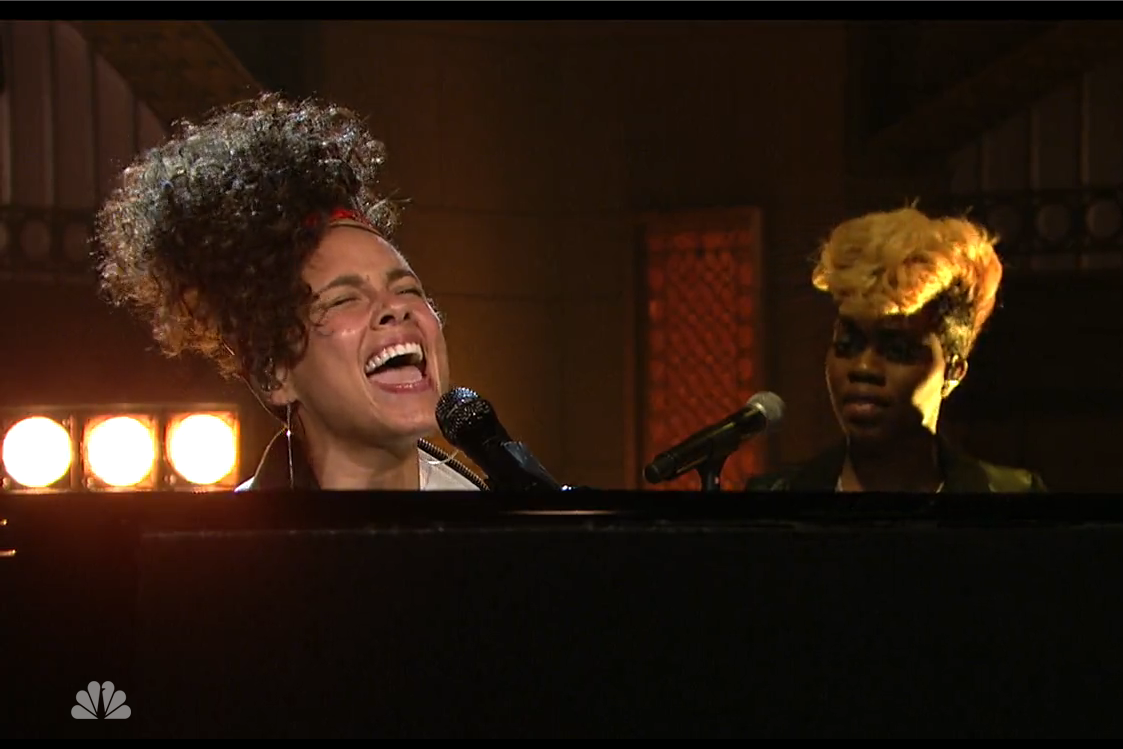 Alicia Keys is back with her second new single, “Hallelujah,” a smoky, passionate number she debuted on Saturday Night Live last night. Opening with humble solo piano, “Hallelujah” builds into a string-filled ballad with a gospel-inspired chorus and closes on Keys’ show-stopping final notes.

On Wednesday, Keys hit us with the sultry, tropical “In Common,” and she performed it during her SNL appearance as well. The follow-up to her 2012 album Girl on Fire is expected later this year. Catch both performances (introduced by host Brie Larson) below.