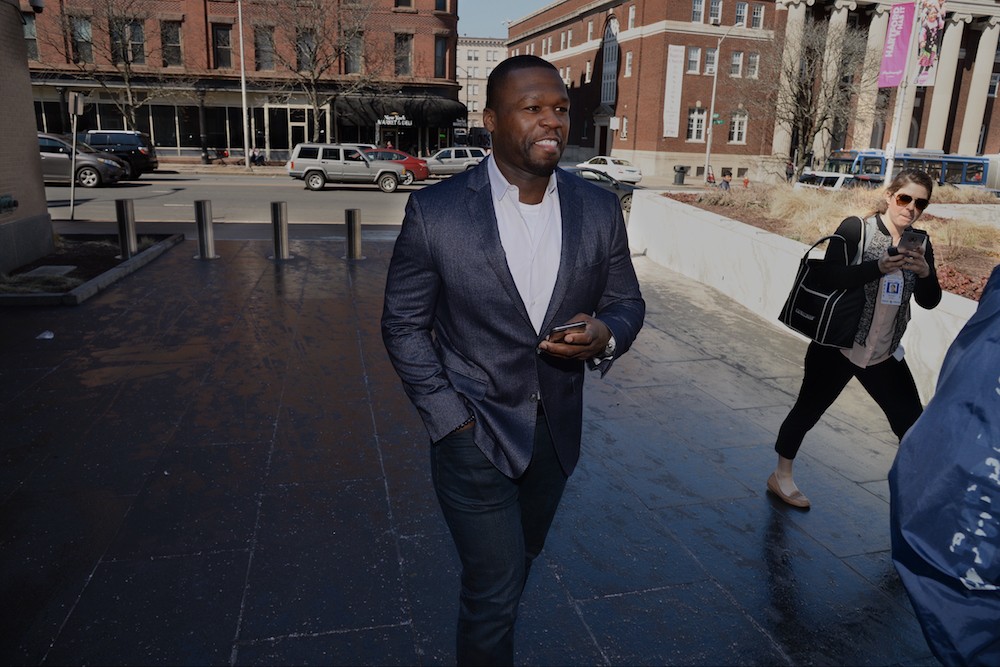 50 Cent’s social media presence has once again gotten him in trouble. Over the weekend, the rapper posted a video on Twitter making fun of a Cincinnati/Northern Kentucky Airport employee who seemed to ignoring him. 50 Cent thought he was on drugs, but it turned out that the employee, Andrew Farrell, is autistic and also has a hearing condition and severe social anxiety.

In addition to the Internet backlash that ensued, 50 Cent might now be facing a lawsuit from Farrell’s parents, according to TMZ. Ken Kramer, Andrew’s stepdad, says the family has consulted lawyers and is considering suing 50 Cent over the footage — but the family does face expensive legal fees if they proceed. Kramer says he’d be willing to forgive 50 if he donated $1 million to Andrew’s GoFundMe page, accompanied by an in-person apology.

Andrew’s father, Kent Farrell, already expressed his anger over the incident to WLWT 5.

“To put this video out there saying my son is on drugs or whatever, that is part of his social anxiety,” Kent said. “He’s not wanting to talk, he’s not wanting to communicate, he’s walking on and he’s doing his job.”

Ken said Andrew has never consumed alcohol or used drugs in his life. 50 Cent hasn’t commented on the incident after he posted the video.