Rostam left the group in January 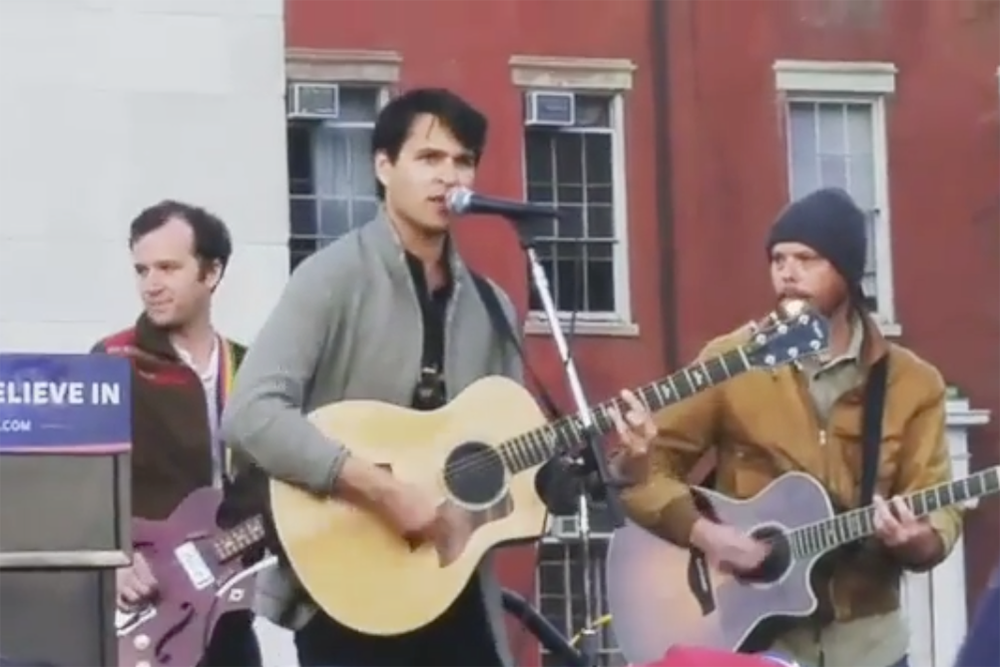 Vampire Weekend frontman Ezra Koenig is a big supporter of Senator Bernie Sanders’ presidential campaign, having performed at a Sanders rally back in January, but today in New York City he was joined by the rest of the band for an event in Washington Square Park. Well, the rest of the remaining band, as Rostam quit the group earlier this year. But on Wednesday afternoon, Koenig, Chris Baio, and Chris Tomson felt the Bern in front of a packed crowd of either Sanders supporters or Vampire Weekend fans (there’s probably some overlap there).

In their first performance as a trio, the gang played “Unbelievers,” “Cape Cod Kwassa Kwassa,”and “A-Punk.” Dave Longstreth of the Dirty Projectors’ joined them, and together they played “Rise Above” as well. The Columbia graduates joked about playing near NYU’s turf, according to Pitchfork. Graham Nash, Spike Lee, Rosario Dawson, Shailene Woodley, Tim Robbins, and Linda Sarsour, also made appearances at the free event. Watch some crowd-shot clips of Vampire Weekend’s performance below.
“Unbelievers”

Like I would ever turn down a free #VampireWeekend concert…