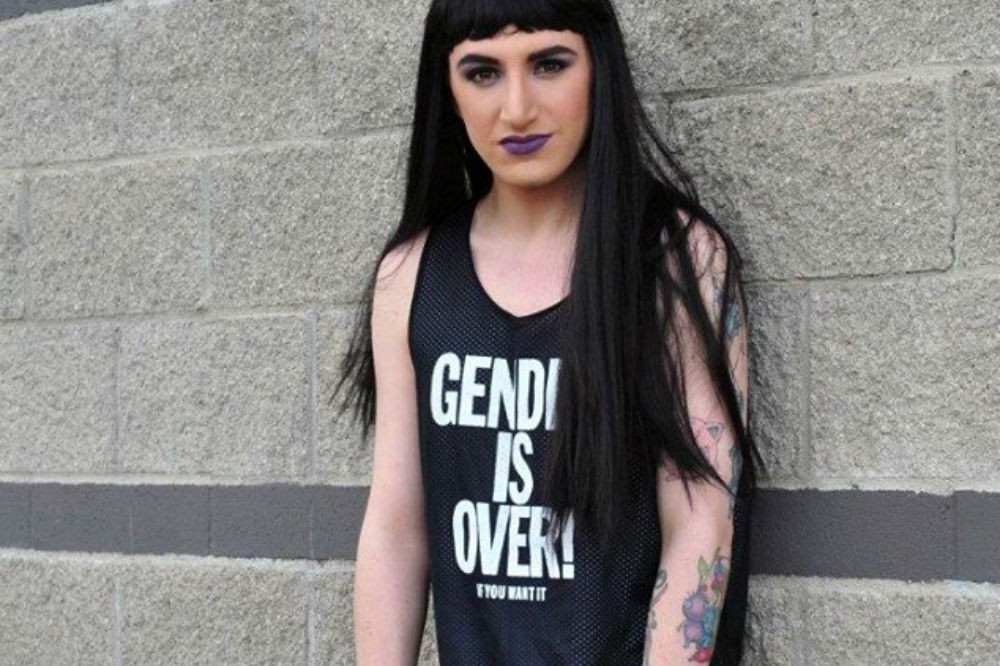 Michete’s Cool Tricks 2 is, without a doubt, the year’s best rap album to discuss traveling back in time to suck FDR’s dick. Such tales of sexual dalliances that cross lines of gender, generation, and basic scientific logic are about par for the course for Spokane, Washington’s finest. As confrontational as the transfeminine rapper can be with his rhymes, he (or she, Michete cares not for gender pronouns) never lets lyrical boldness codify into self-seriousness: He’ll drop an inflammatory line like “Goddamn I hate these faggots / I’m homophobic” (from the album-opening “I Want Ur Blood”) and sit back to cackle while the Internet trips over themselves to formulate hot takes in response. It’s like an Eminem album, taken from the queer perspective that Marshall has forever dismissed.

It’s important, but just as importantly, it’s funny as s**t: Michete has the best punchlines this side of Nicki Minaj. “I’m giving you the truth like I’m Danny Glover / But the tea’s so hot that a Muppet could suffer.” “These dudes stay faking / So they ain’t visible, call ‘em Clay Aiken.” “I got your man saying ‘dam’ like the Hoover / He wanna suck my dick like a Hoover.” But where Minaj bent gender for character-playing, Michete does it as a simple fact of life, referring to his dick and his pussy in equal measure, and with similar élan. He subverts hip-hop tropes casually, popping by the hooks for “The Motto” or “Tom Ford” momentarily to strip them of any macho BS, then crafting a long-overdue booty-positive jam for the fellas in “Thick Boys” (“Just like that one bitch, I’m all about that bass / So if you got a six-pack get the f**k out of my face”). The shock value of some of these reinventions dwarfs that of Michete’s much-debated use of the real “F” word — which occurred more in 2015 debut Cool Tricks’ first cut than it does throughout 2’s eight tracks combined, anyway.

For the most part, the album’s productions (also courtesy of Michete) follow in turn: approximations of big-budget hip-hop that maintain their underground edge and don’t try too hard to beat the stars at their own game. The faux-DJ Mustard snap of “Squawk!” plays more like an Iggy Azalea subtweet than anything, while the booming trap of “Recognize This Pussy” goes unexpectedly aggro on the chorus, Michete howling the title at “lame motherf**kers” à la Lil Jon looking to do some head bussin’. Other tracks take from the late-’80s fetishizing of will.i.am and early LMFAO — “D.L.O.D.” and “Thick Boys” ride shotgun with J.J. Fad and L’Trimm more convincingly than anyone since Fergie, the latter song even throwing in some faux-“Going Back to Cali” scratches for good measure.

It all comes together on “Come Get It, Daddy,” the likeliest candidate for a breakout hit from Cool Tricks 2. A straightforward retelling of a hookup with a reticent-after-the-fact straight dude (“When I said ‘straight’ just now, I made little quotation marks with my fingers,” Michete quips), the song echoes all the greatest and cheesiest ’90s spoken-word club-slayers: mixing the taunting obscenity of “Short Dick Man,” the foreboding pulse of “Flash,” and the incredulous hilarity of “Funk Dat.” Though Michete has expressed understandable ambivalence over the set’s only non-rapped (and outside-produced) track being singled out by many as the highlight, it’s also the song that sums up the album’s overall takeaway the best, the narrator expressing not anger or heartbreak over his rejection, but mildly bemused disappointment at the straight community’s lack of wiggle room in all matters. “They’re so afraid to just enjoy s**t, and let themselves live, and feel things. They act like it’s such a huge deal, when really, it isn’t.”