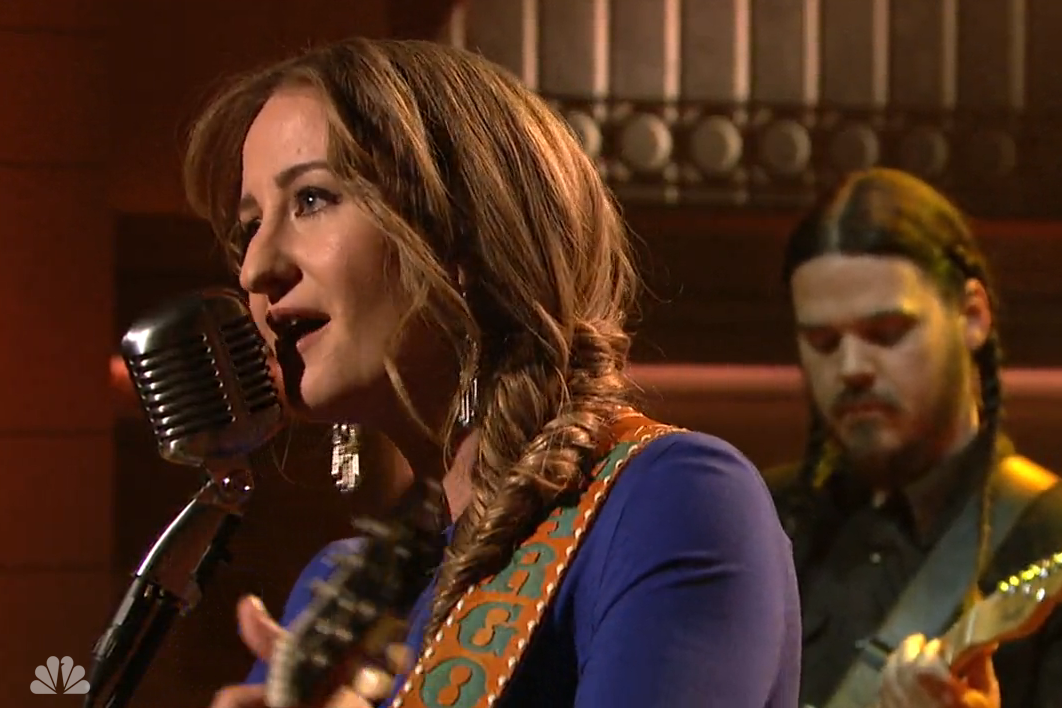 Country up-and-comer Margo Price made her debut on Saturday Night Live last night, performing “Hurtin’ (on the Bottle)” and “Since You Put Me Down” from her new album Midwest Farmer’s Daughter. The Illinois-born, Nashville-based songwriter has already caught the attention of a few notable musicians, including her friend Sturgill Simpson and Third Man label boss Jack White, who signed her last year.

Price’s performance went over well, or at least a good deal better than host Russell Crowe’s comedy did. Midwest Farmer’s Daughter is out now from Third Man. Watch “Hurtin’ (on the Bottle)” and “Since You Put Me Down” below.