The mixtape will be out March 25 (probably?) 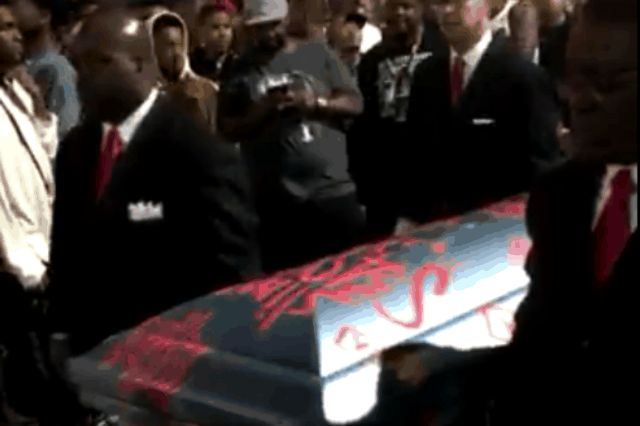 Nothing says “New mixtape on the way!” quite like lugging a casket through a jazz funeral on the streets of Austin. Young Thug has never been the most conventional of self-promoters, though, so he built hype for the release of his upcoming Slime Season 3 tape — expected earlier this year, when I’m Up was dropped instead — by scribbling its name and release date (next Friday, March 25) on a coffin carried down 6th street at SXSW by some very serious-looking pallbearers. Watch video of the bizarre procession, tweeted by Noisey.