And check out the new single spearheaded by the first lady 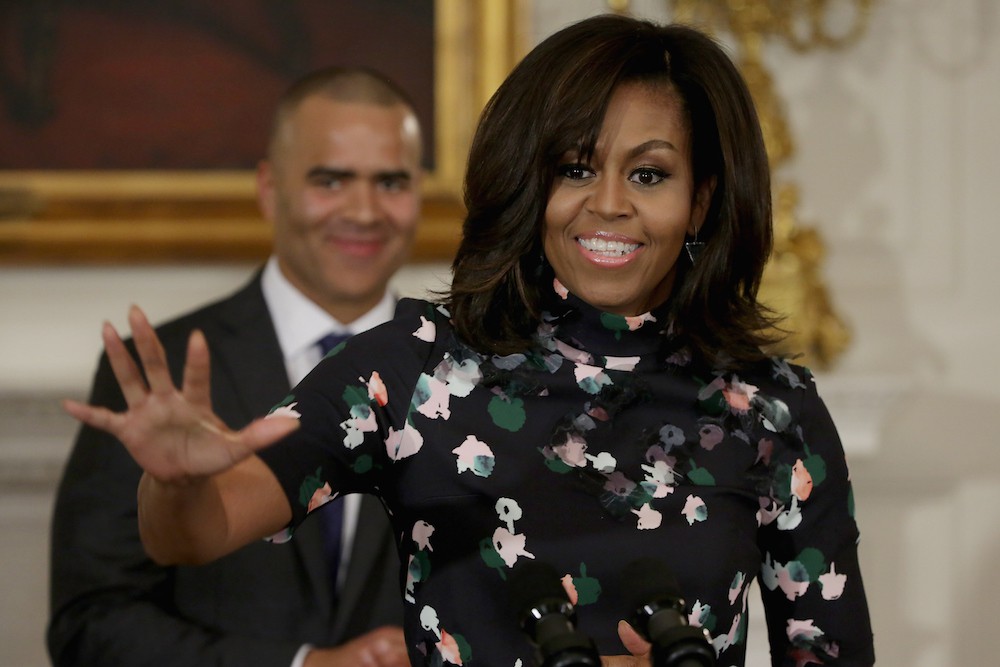 Michelle Obama is delivering the Opening Keynote address as South By Southwest in Austin, Texas right now. The first lady is speaking to promote the Let Girls Learn initiative, which “aims to break barriers for the 62 million girls around the world who are not in school today, more than half of whom are adolescent.” Missy Elliott and Diane Warren will take part in Obama’s address. One Tree Hill actress Sophia Bush will also take part, and the event will be moderated by Queen Latifah. Watch the livestream below when the event begins at 11 a.m. CST.

As part of the event, Obama organized the creation of a new single in support of the initiative, “This Is for My Girls.” It was written by Diane Warren and features Missy Elliott, along with the talents of Kelly Clarkson, Janelle Monaé, Kelly Rowland, Zendaya, Lea Michele, Jadagrace, and Chloe & Halle. You can pick it up on iTunes here.