It kicks off on May 17 in Santa Ana, California 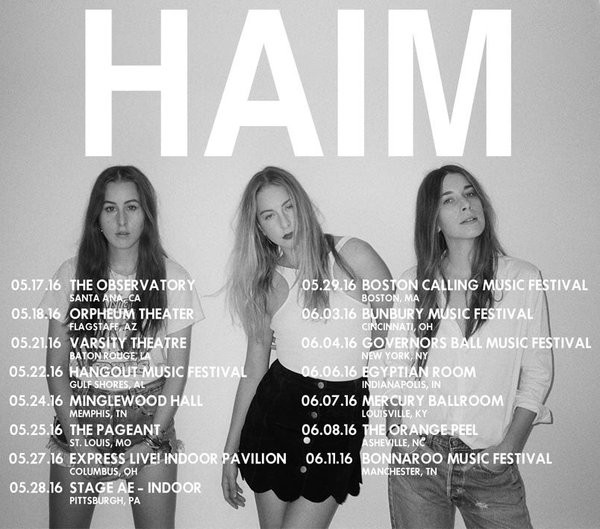 Sister-trio HAIM have announced a slew of dates for an upcoming North American tour, along with a couple stops in Europe later in the summer. The group, who’s working on the follow-up to their acclaimed 2013 debut Days Are Gone, announced concert dates on Twitter. In addition to their already announced sets at Governors Ball, Boston Calling, and Bonnaroo, they’ll also be making stops in Baton Rouge, Santa Ana, Pittsburgh, and several more cities across the U.S. In August, they’ll play three shows in Sweden, Denmark, and Norway. Yesterday on Twitter, HAIM teased new songs coming “this summer.”