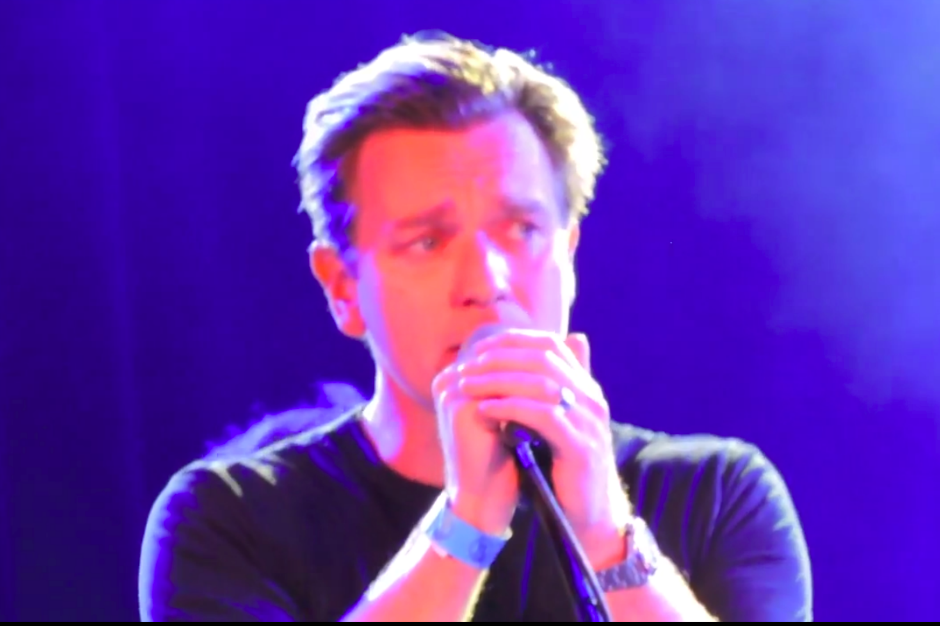 Last night in Wes Hollywood, an All-Star cast assembled at the Roxy to pay tribute to the late great David Bowie. A handful of those All-Stars weren’t from the musical world, though — including actor Ewan McGregor, who took the mic to perform the Bowie standard “Heroes.” (Fans will no doubt recall the preexisting connection there, as McGregor sang portions of “Heroes” during the “Elephant Love Medley” number in Moulin Rouge.) His performance was a tad pitch-inconsistent at times, but the heart was there. Watch fan-shot video of McGregor’s performance here.

Billboard reports that the concert also featured appearances from fellow thespian Gary Oldman, singing “The Man Who Sold the World,” and actual musician person Seal, who sang Reality closer “Bring Me the Disco King.” (True fan, that.) You can the latter’s surprise appearance at the tribute below as well.