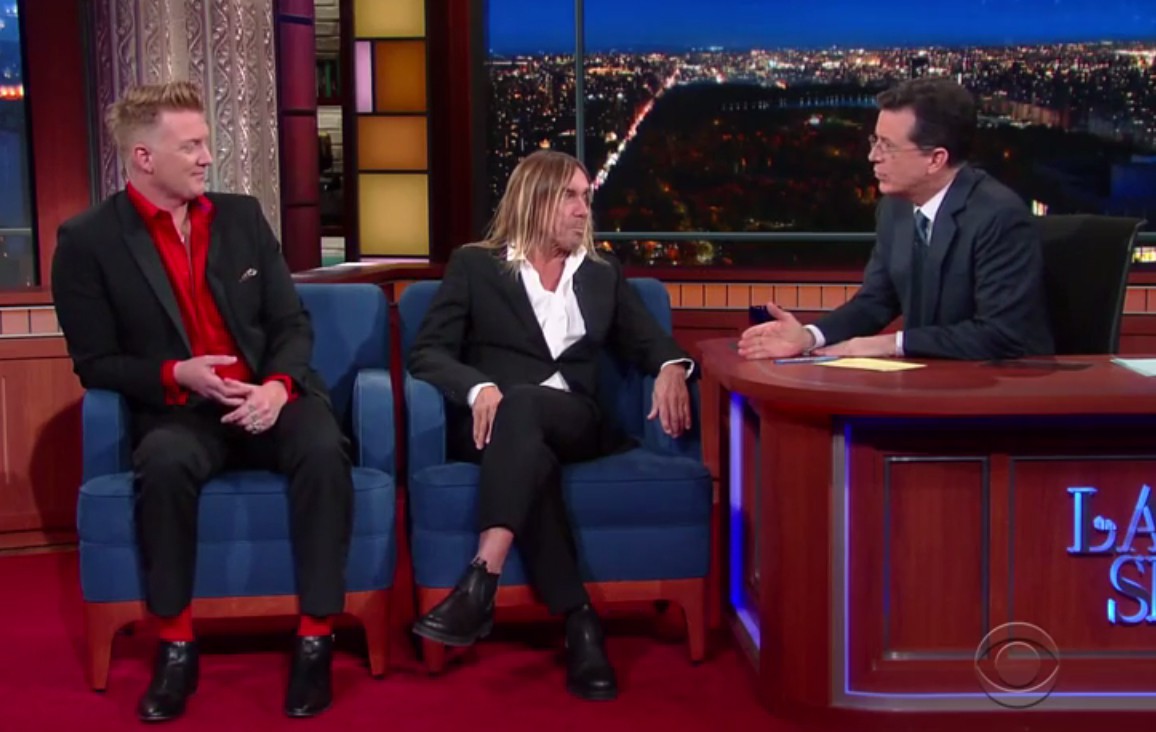 Iggy Pop performed a strutting new song on The Late Show With Stephen Colbert last night called “Gardenia,” featuring a very special guest: Josh Homme of Queens of the Stone Age/Eagles of Death Metal fame, who sang and played guitar. As announced yesterday, Homme produced Pop’s new album, which is entitled Post Pop Depression, and out March 18 on Loma Vista. You can view their performance of the restrained but riffy new tune, as well as watch them talk about how they came together, in the clips below.