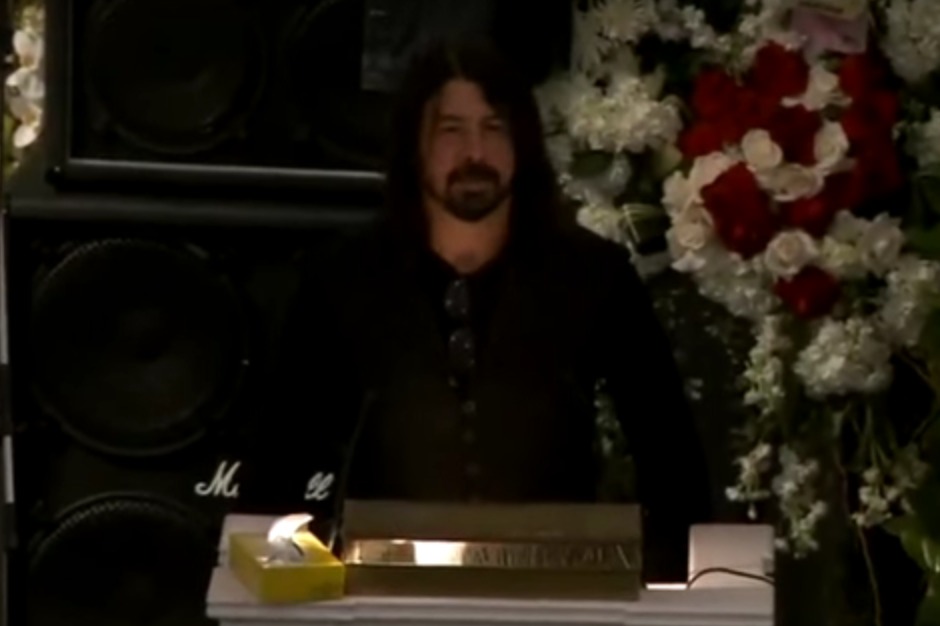 In his tribute, Grohl recalled the first time he ever met Lemmy, about 20 years ago at a strip club called Crazy Girls. “I was walking back to the men’s room,” he says. “On the way back, I looked to my left and I saw Lemmy by himself in the corner on a video game. And it blew my mind. I knew that I couldn’t just go say something because he was on his own in the corner. On the way out I thought, ‘I have to say something. He’s my hero. He’s the one true rock’n’roller that bridged my love of ACDC and Sabbath and Zeppelin with my love of GBH and the Ramones and Black Flag.’

Unfortunately the clip cuts out right at the point where Grohl recounts the first thing Lemmy ever said to him, but those in attendance report that those words were, “Sorry about your friend Kurt [Cobain].”