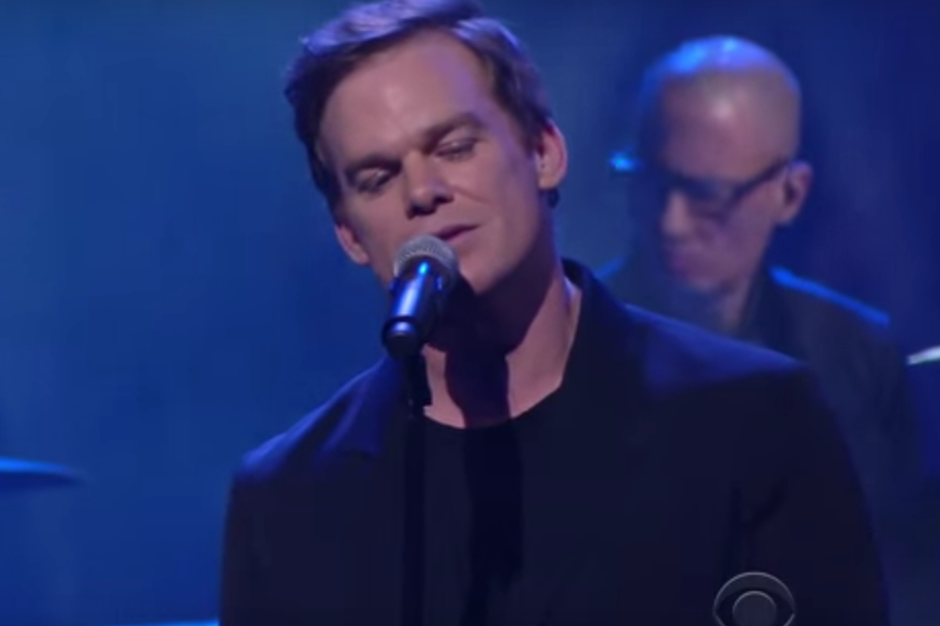 David Bowie will soon release his 25th studio album, ? (pronounced “Blackstar”). To celebrate, acclaimed actor Michael C. Hall (Dexter, Six Feet Under), who is currently starring in Bowie’s off-Broadway play, Lazarus, visited the Late Show With Stephen Colbert to sing the just-released album single and the play’s title track. Sadly, Bowie was not there for the performance, but Hall’s vocal chops were more than satisfactory. Watch below, and look for ? on January 8 via Iso/RCA.