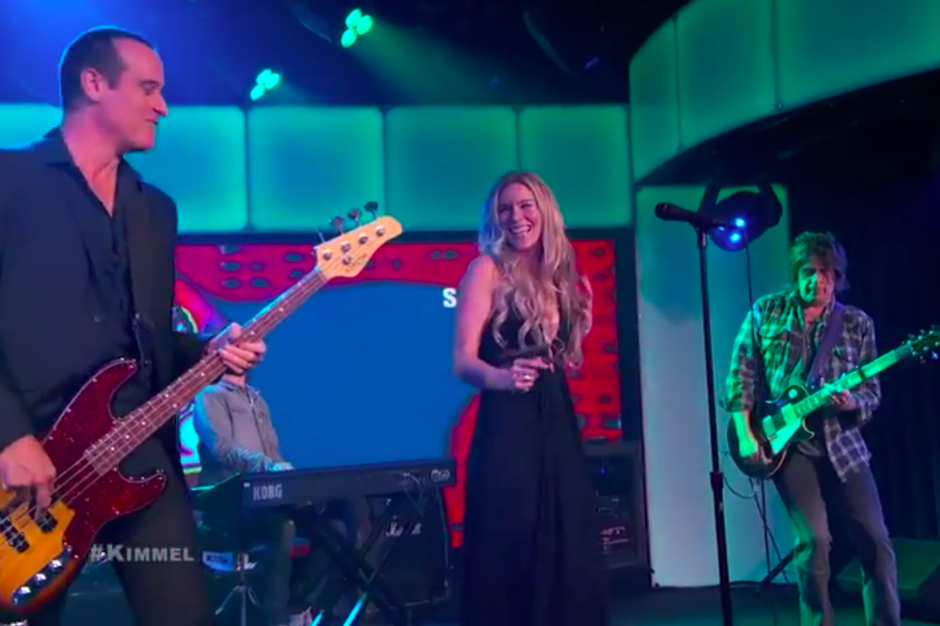 Stone Temple Pilots are in the market for a new lead singer, and while 21st-century soul singer Joss Stone is hardly the most obvious choice, she fits well enough in one category — her last name — to get tryout of sorts, via last night’s “Mash-Up Mondays” segment of Jimmy Kimmel Live!. Stone took the mic on a performance of STP’s mid-’90s alt-rock classic “Interstate Love Song,” the band playing a slower, higher-keyed, and generally Memphis-ier version of their signature hit. Hardly a seamless substitution for original frontman Scott Weiland, but on the whole, probably still a more logical fit than Chester Bennington ever was. Watch here.