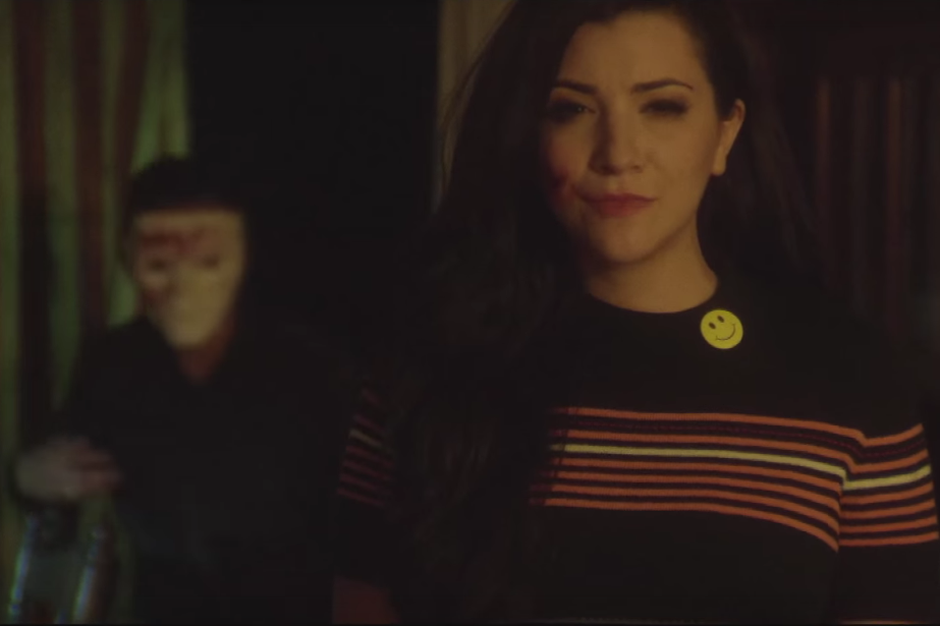 Brood-pop singer and recent 300 signee Alex Winston’s just released the music video for her track “The Day  I Died” — cleverly tied to it being Friday the 13th and all — and the Jeremy S. Collins-directed clip offers a pretty delightful sendup of slasher flicks. Winston and her pals retreat to a cabin in the woods for a fun weekend away, but before long, a shadowy, masked figure intervenes in their good times. It’s all winking and campy, but the best bit comes when Winston unmasks the culprit and he starts mouthing along to the lyrics of “The Day I Died.” Creepy, clever stuff.