"I may have won the battle, but you won the war," says his nemesis 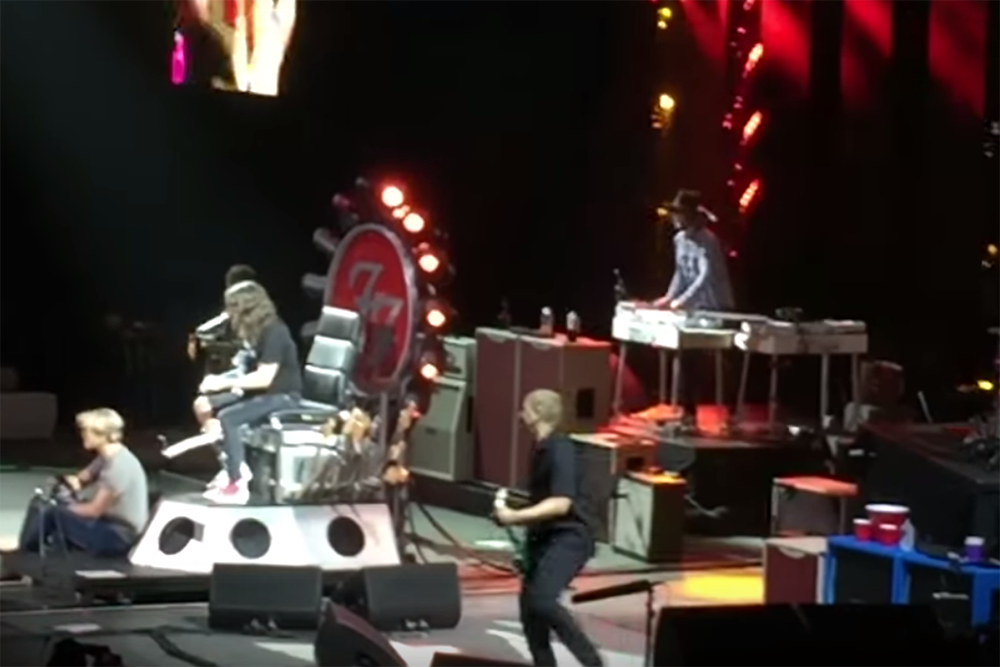 Take Grohl’s humiliating defeat at Thomas Jefferson High School’s 9th Grade Battle of the Bands in 1983. Chet Lott (the son of former Senate Majority leader Trent Lott,) bested the future Foo Fighters frontman that day, but Grohl would show him, oh yes, he would show him. It might have taken 32 years, but at a recent concert in Memphis, Grohl’s gleeful, diabolical plan launched into action — sweet revenge was at hand.

Grohl invited Lott onto the stage to perform with him while literally sitting at the foot of Grohl’s throne. The two performed Queen and David Bowie’s “Under Pressure,” and Grohl allowed Lott to sing the lead vocals. Lott plays music professionally, but certainly not at this level. “I may have won the battle,” he said, “but you won the war.”