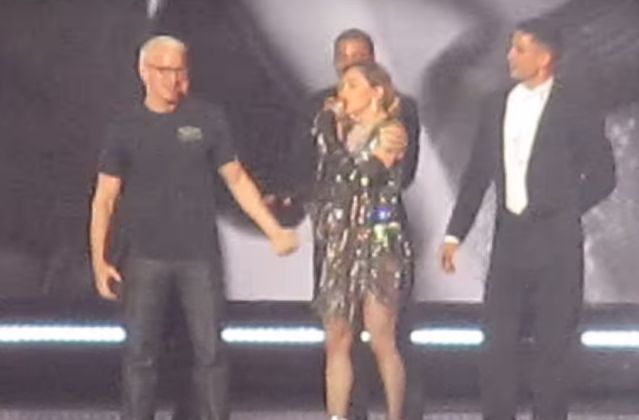 Madonna spent last night performing for her second Rebel Heart concert at New York’s Barclays Center, where she pulled Anderson Cooper up onstage. During the CNN host’s appearance, he got a) spanked by Madonna, b) humped by Madonna, and c) offered a banana from Madonna, which he promptly ate. (Something tells us that when Madonna offers you a banana, you eat it.) Watch a fan-shot video below.