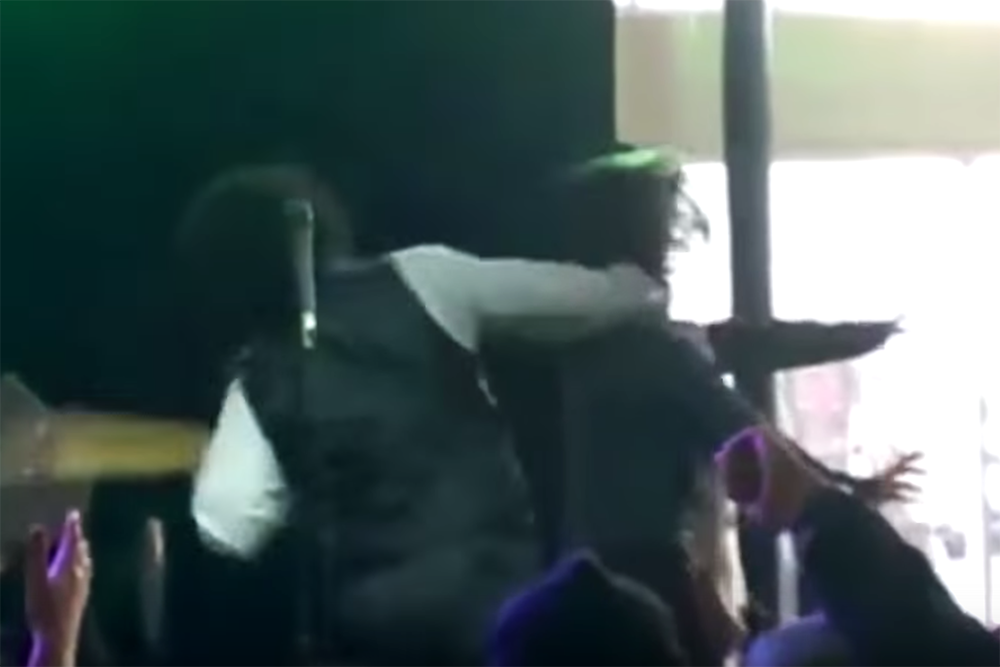 Afroman got in some trouble this past February when, during a concert in Biloxi, Mississippi, a fan got on stage during his guitar solo and he turned around and decked her in the face. According to TMZ the woman, Haley Byrd, was bleeding and suffered a concussion, though Afroman continued playing until cops arrived on the scene to arrest him for assault. Now they’re reporting that the “Because I Got High” singer will avoid serving jail time over the incident, having pled guilty to assault. As part of his prohibition, he’ll have to attend anger management classes and, ironically given his discography, submit to drug tests. If he violates the terms he faces six months behind bars.

Afroman apologized for striking the woman a few days after the concert, saying he had been frustrated by earlier security mishaps in the day and may have mistaken the woman for a loud, male heckler on the same side of the stage.

Afroman Arrested After Punching Woman in the Face at His Concert

Afroman Gives ‘Because I Got High’ Necessary Pro-Legalization Update