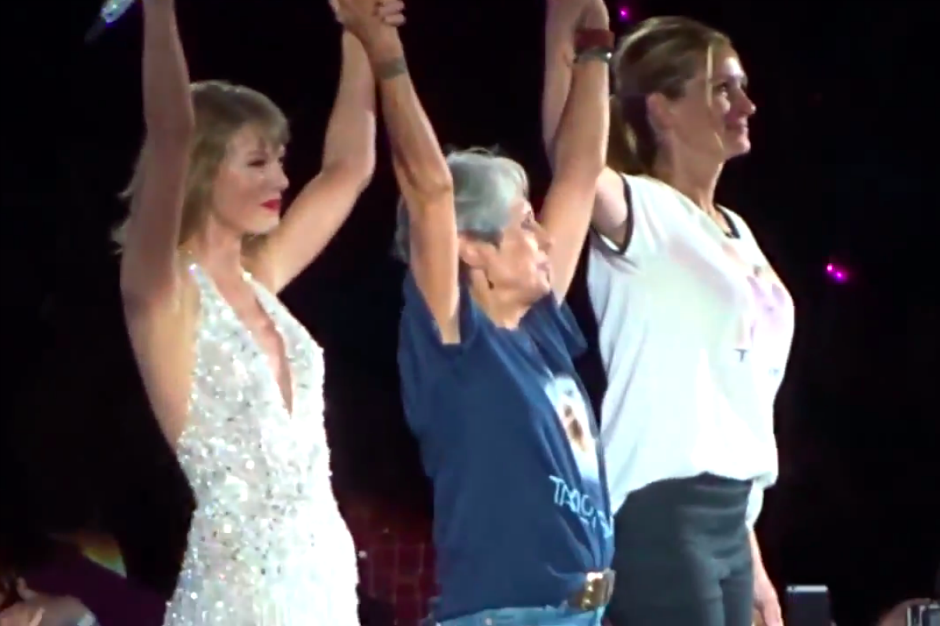 What a world we live in. Taylor Swift’s roster of cameo performers on the 1989 tour took added some unexpected names last night in Santa Clara, CA, during Swift’s second consecutive night playing at Levi’s Stadium. In the middle of “Style,” Taylor introduced her special guests: “Please welcome to the stage, legendary singer/songwriter Joan Baez, and Academy Award winner Julia Roberts!”

Surely enough, Baez and Roberts strutted out together, both adorned in Taylor Swift T-shirts. And because it likely would’ve been uncomfortable for Roberts to just stand there while Swift and Baez dueted on “The Night They Drove Old Dixie Down” — or for Baez to just stand there while Swift and Roberts reenacted scenes from My Best Friend’s Wedding — the two greats awkwardly sashayed down the runway for a couple minutes before taking a victory bow with Taylor. Sure.

Watch the “performance” here, as well as Swift indulging her girl group fantasies once more by singing “Black Magic” with Little Mix. That one made more sense.