Review: Advance Base Offers Realism in Soft Light on ‘Nephew in the Wild’ 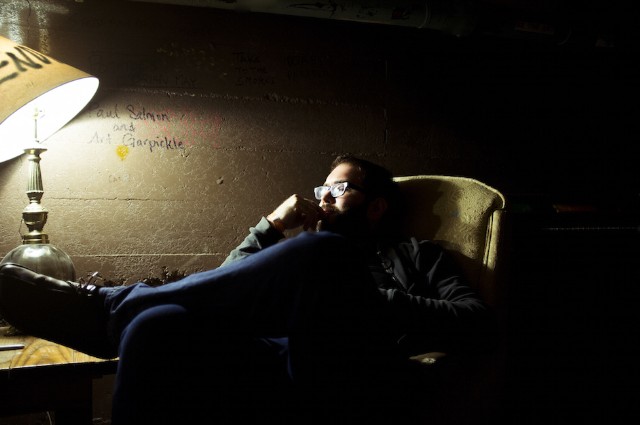 Owen Ashworth writes car songs. It’s not that the tinny keyboard-driven compositions he’s made over the past decade-plus sounds particularly great slapping out of factory sedan sound systems — it’s a mindset thing. There’s a bitter nostalgia in the songs the Chicago-based talent writes (first as Casiotone for the Painfully Alone, now as Advance Base), songs to play on a long trip away from everyone you love — for a long drive with everything to think about. Though he’s shying away from explicitly naming songs after budget German cars this time around, his new LP, Nephew in the Wild, is largely cut from the same cloth, a collection of (mostly) sad songs looking back, just from a perspective that’s a little older, wiser, and well-adjusted.

Ashworth’s songs have always been stories, but now he’s writing them like Peanuts strips — tales of innocence and discovery, but from the eyes of someone who’s been there before. “Trisha Please Come Home” opens with a heartbroken admonishment (“You don’t call me ever on the phone / Am I supposed to get high and listen to Thin Lizzy on my own?”) and concludes with a subtle, realized portrait of the detritus that remains when someone — in this case Trisha — gets fed up and leaves it all behind. She’s quit her job at a restaurant in a flurry and her name’s been taken off her buzzer. Little fragments like these pile up into the sort of humanizing portraits that Ashworth does best: little vignettes that look back fondly on shattered, dissatisfied lives and propose solutions for moving past it. Even “Summon Satan,” whose protagonist is a knife-wielding follower of the underworld, commands a modicum of empathy. This, says Ashworth, is what happens when you bottle up and explode rather than bottle up and just go.

The production here also services the greater attention to detail he gives the songwriting. The earliest recordings of his CFTPA days used toy keyboards and brittle, broken-down drum machines as sonic shorthand for the past, a sort of sepia tunnel vision that he exploited to his fullest potential. Toward the end of that project, and certainly at the beginning of Advance Base, he’d begun experimenting in clarity — an endeavor he picks up full force on Nephew in the Wild. Electric pianos and genteel drum lines clatter not with the forced weight of expired film, but the soft light of the golden hour. He’s still rounding off and shaping up the more unsavory details of his rearward gazing, but there’s something a little more real, a little more right. So when he’s singing about rewatching The Exorcist and marveling at a young Kitty Winn, his piano parts fall like snow flurries rather than gasps, refusing to overromanticize the mundane act of sitting on your couch with the TV on. Rather, he’ll romanticize it just the right amount.

These are the sort of tales he’s been telling since the very beginning, of characters who, like us all, are in need of a long trip and some quiet contemplation. But for the first time they’re starting to feel fully realized, like an auteur who’s been tinkering away and finally has the budget — or the knowhow — to make exactly the movie he wants to. For Ashworth, all that’s really meant is a little bit of windex on the rearview mirror, even if he’s weighted by the knowledge that objects therein will always be closer than they appear.