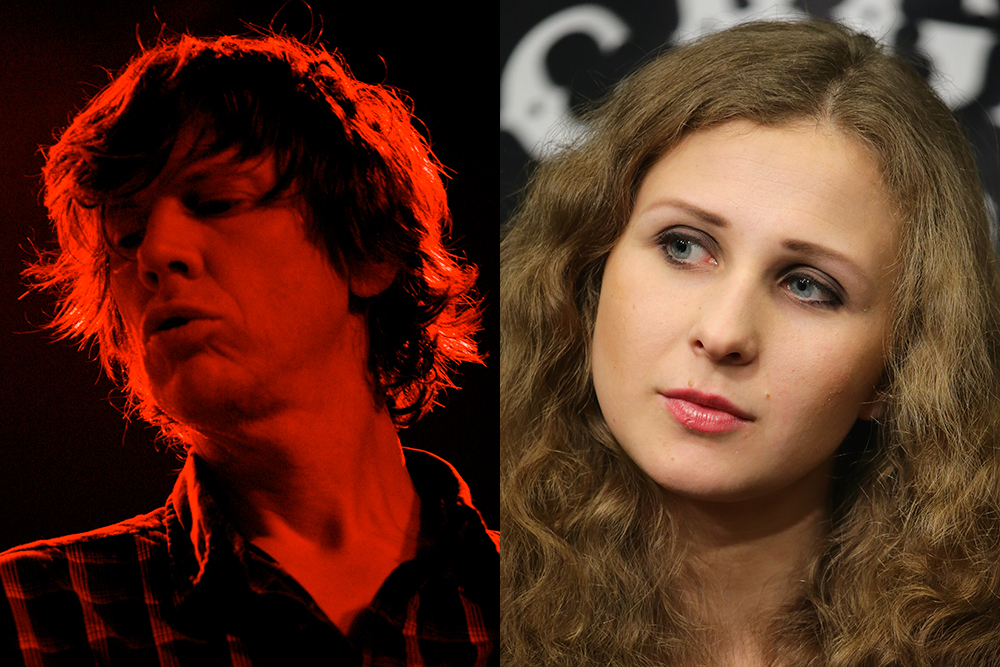 Sonic Youth’s Thurston Moore was playing a show with his band in London yesterday when the post-punk great was joined by a member of the Russian group Pussy Riot for a special protest song dedicated to Wikileaks whistleblower Chelsea Manning. Following the bombastic, political concert, Moore and Pussy Riot’s Maria Alyokhina spoke with NME about punk music, the recent FIFA corruption scandal, and, naturally, Vladimir Putin. “For me, Pussy Riot’s probably one of the most important groups of our time,” Moore said. “The situation they found themselves in and then, against such a wall, to create such a dialogue, to create such a statement…” Read that full interview over at NME.