A stadium of 60,000 people couldn't have been happier 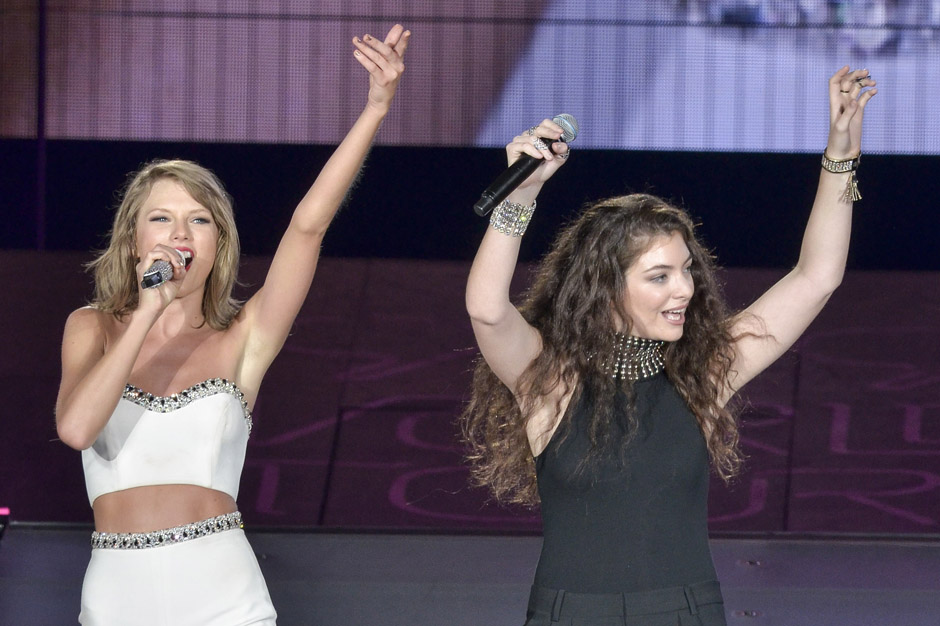 Taylor Swift has always brought guests out during her live shows — it’s something she’s done since her early days as a performer, so that shouldn’t come as a shock to anybody — but last night, the 1989 singer pulled out the stops for Washington D.C. and flew in her good pal Lorde from New Zealand for a duet of the 18-year-old’s 2013 hit “Royals.” It capped off a stellar four-day run of guests from Swift, which included the Weeknd for “Can’t Feel My Face” on Friday night and Nick Jonas for “Jealous” on Saturday, both in East Rutherford, NJ.

As for Lorde herself, it’s thrilling to see the stunning, wise-beyond-her-years singer back in action after some time in the studio crafting the follow-up to her debut album Pure Heroine. Watch Swift and Lorde from afar in a fan-shot video of last night’s show.