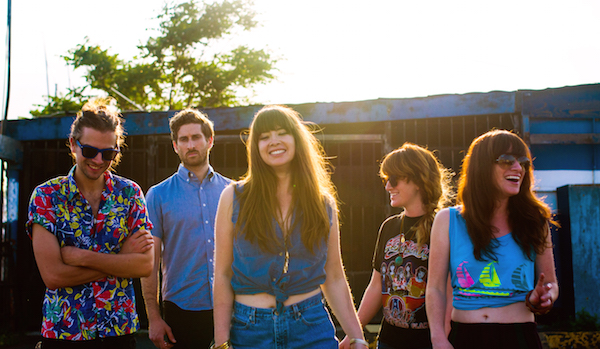 Fronted by sisters Anna, Katie, and Erin Rauch-Sasseen, Hey Anna is a family affair that specializes in ethereal harmonies reminiscent of ’00s indie-pop greats Feist, Chairlift, and School of Seven Bells. Guitarist Jamie DiTringo’s salty twangs are equally on full display (“By The Bay”) via the band’s debut full-length, Run Koko, which drops on July 7.

Forming in 2010, the Brooklyn/New Jersey troop has already released two EPs (Hey Anna in 2012 and Pompette in 2013), and their 2014 double EP, Dance Until Three, was released on ThisTime Records in Japan, where they completed several showcases.

Today, Run Koko wrestles with a clear dichotomy between the city and the sea, even finding melodic inspiration within the ocean itself. Take “Little Things,” which explores a gentler side with crystal-clear instrumentation, while the lo-fi-drenched “Reprise” is heavy with bleeding bass. Get your feet wet on Run Koko below.