The unlikely duo teamed up at this years Houston Appreciation Weekend 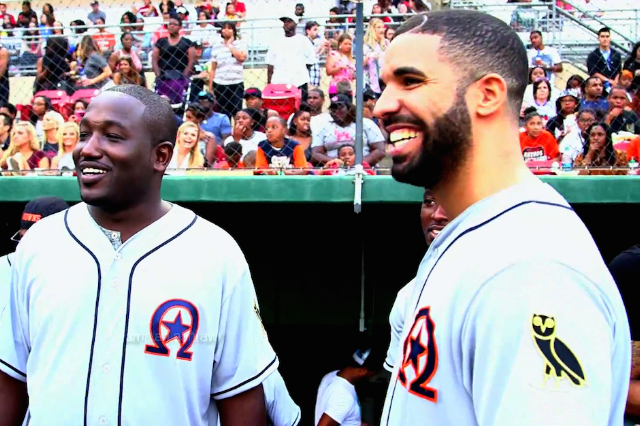 Drake’s inaugural Houston Appreciation Weekend may have featured a marathon set from the OVO auteur himself, but this year featured something equally special — a charity softball game featuring none other than Hannibal Buress. Footage from the Memorial Day event has finally surfaced thanks to director Sama’an Ashrawi. Both Drizzy and the stand-up star manage to come off as charming in the clip (especially Buress’ ruminations on the role of the Designated Hitter), but neither does particularly well on the field. So watch here, via The Fader, for some comedy and a pair of groundouts.