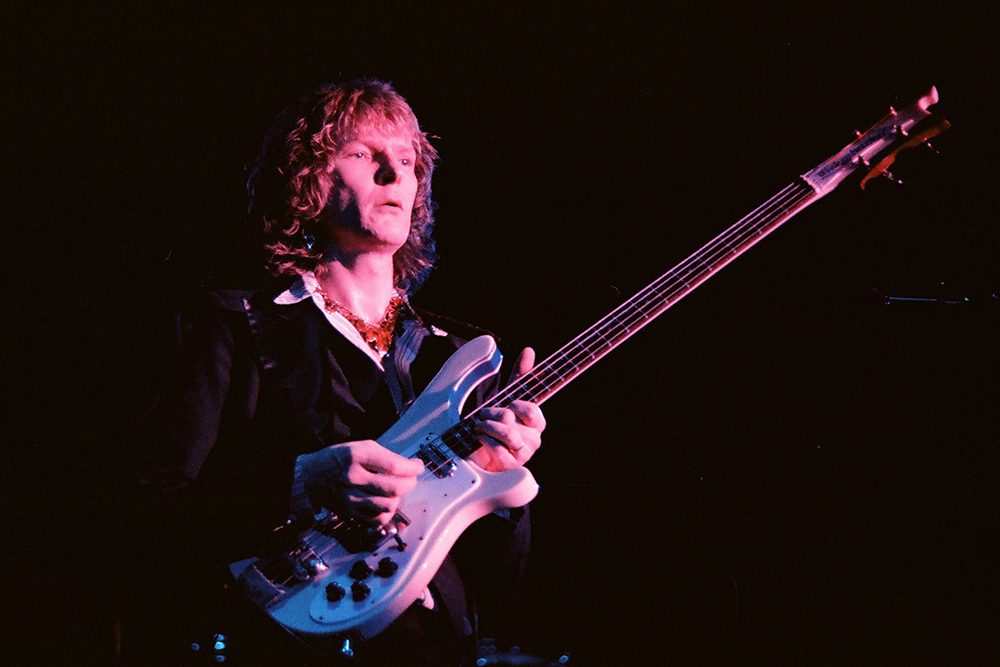 Chris Squire, the bassist and co-founder of the prog rock band Yes, died on Saturday night a little over a month after revealing that he was suffering from a rare form of leukemia. He was 67. Yes’ current keyboardist Geoff Downe broke the sad news on Twitter, saying that he was “utterly devastated beyond words to have to report the sad news of the passing of my dear friend, bandmate and inspiration Chris Squire.” The band followed that up with an official announcement on their Facebook page.

It’s with the heaviest of hearts and unbearable sadness that we must inform you of the passing of our dear friend and Yes co-founder, Chris Squire. Chris peacefully passed away last night in Phoenix Arizona. We will have more information for you soon.

Squire was born in London on March 4, 1948, and founded Yes in 1968 with singer Jon Anderson. Along with guitarist Peter Banks, keyboardist Tony Kaye, and drummer Bill Bruford, the group released their self-titled debut in 1969, but Yes exploded two years later with the release of two of their most acclaimed albums, The Yes Album and Fragile. Though the lineup would change numerous times over the course of the next 47 years, Squire remained the only constant member of the band, and is the only person to have appeared on all 21 of Yes’ studio albums, the most recent being 2014’s Heaven and Earth.

Squire is credited as a writer on many of the group’s biggest songs, including “Owner of a Lonely Heart” and “I’ve Seen All Good People.” He released one solo album, Fish Out of Water, in 1975. Squire was widely regarded as one of the great bassists of the early 70s, and became associated with his signature axe, the Rickenbacker 4001.

In May, Squire announced that he had been diagnosed with acute erythroid leukemia. Yes’ upcoming August 7 show with Toto will be the first concert the band has ever performed without him.