Skrillex and Katie Couric Made a Song About Maple Syrup

It's going to be a "festival smash," he says 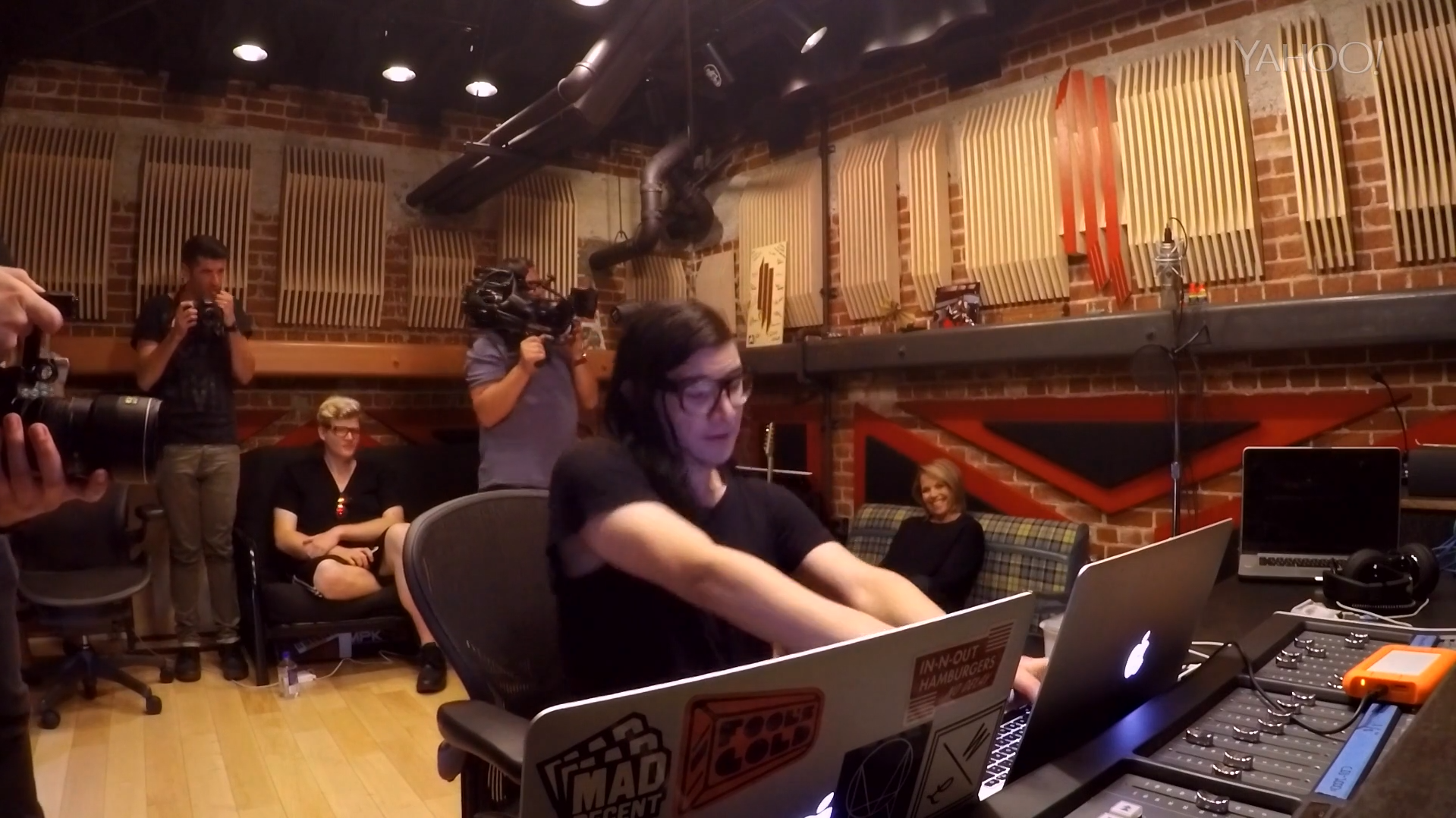 As Yahoo! correspondent Katie Couric discovered when she visited Skrillex in his studio for an interview and songwriting session, Auto-Tune works wonders. The dubstep deity, who appeared several times on SPIN’s list of 100 Greatest EDM Anthems of All Time, schooled the news anchor in improvising a chorus. He prompted her with the words “Something sweet,” and she replied, “Maple syrup.” Watch the clip followed by the entire interview, which gives a glimpse into how Sonny Moore writes a bass face-inducing smash and touches on his relationship with Deadmau5, (not) performing at the Grammys, and his chart-topping single with Diplo and Justin Bieber as Jack Ü,”Where Are Ü Now,” among other things. And, get ready: there is also footage of baby Sonny.