The band also played a live rendition of "Planet Sound" 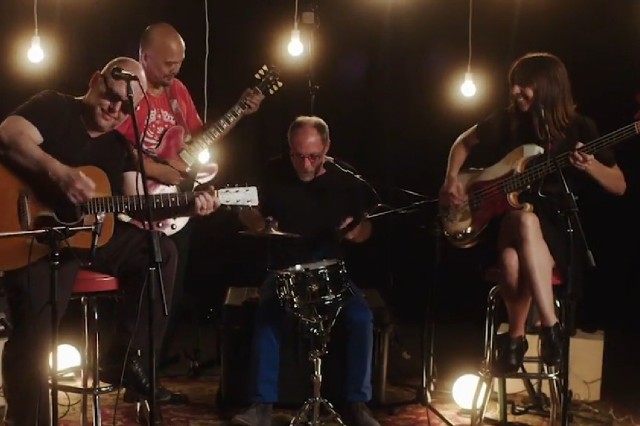 The Pixies, who are currently trying out some new material on tour, stopped by Rolling Stone recently, where they played a never-before-heard (and yet-to-be-recorded) song called “Um Chugga Lagga,” plus 1991 Trompe Le Monde single “Planet of Sound.” The lineup included bassist Paz Lenchantin, who joined the band in 2013 after the Muff’s Kim Shattuck left. Pixies staple Kim Deal also left in 2013.

Keep your ear to the ground regarding news of a new Pixies record, which, according to Black Francis, is in the works but it’s so early in the process that it doesn’t even have a producer yet. “We’re trying to find our sound right now,” he told Rolling Stone. Watch the band perform “Um Chagga Lagga” and “Planet Sound” here.