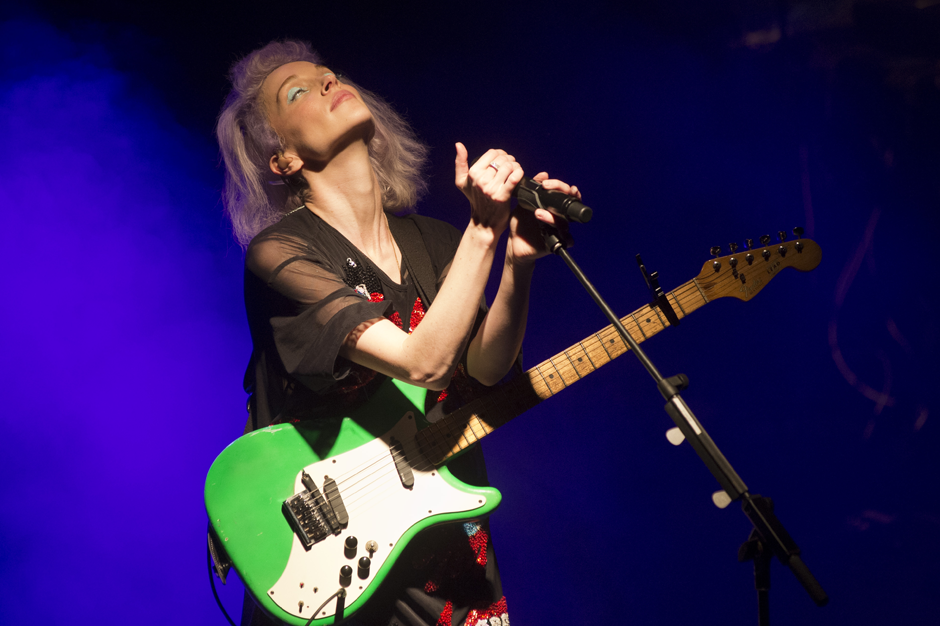 On last night’s episode of HBO’s Girls, the show closed out with a new track from St. Vincent called “Teenage Talk.” The song hasn’t actually been released, but a ripped version has been uploaded to Tumblr. And a good thing, too — “Teenage Talk” is a lovely mid-tempo piece that relies a bit less on the jittery electronics of which Annie Clark has grown so fond. Check it out below.