On November 5, 2013, La Luz was driving back to Seattle after playing a show in Boise when they slipped on a patch of black ice and collided with a freeway divider. Moments later, a semi-truck slipped on the same patch of ice and hit the band’s tour van, resulting in a near-fatal accident that destroyed their vehicle, their gear, and, very nearly, their lives. Fortunately, Shana Cleveland (guitar), Marian Li Pino (drums), Alice Sandahl (keyboard), and Lena Simon (bass) escaped the wreckage with limited injuries, but the crash has still been, as Cleveland puts it, “hard to get over.” “We’ve toured a ton since then, and I want to say that it gets easier every time, but it hasn’t really yet,” she tells SPIN over the phone. “It just takes you a long time to feel comfortable in a car again.”

Recouping emotionally and physically hasn’t prevented the band from writing and recording a brand-new album, though. Produced by Ty Segall, the surf-rock outfit’s follow-up to their 2013 debut LP, It’s Alive, remains untitled (the girls recently posted a cryptic photo of themselves in the studio asking their fans what the name of their album should be), but Cleveland thinks the disc itself should hit shelves come August via Hardly Art Records. “I usually try to ask the audience to suggest titles,” she says. “We can’t decide, so I just thought it was worth a shot.” 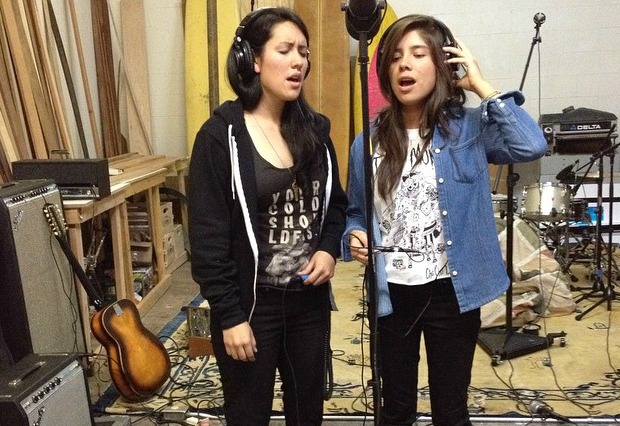 She’s laid-back when talking about the studio sessions, too. Recounting how they originally planned to record at Segall’s in-house studio in Los Angeles’ Eagle Rock neighborhood, Cleveland says that a last-minute change-up saw them settle on a friend’s industrial work building, where, coincidentally, surfboards get made. “It ended up being a happy accident because the room sounded really good. We set up a bunch of room mics, which ended up giving it a really nice live sound.”

The luckiest synchronicity of their recording process, however, was teaming up with Segall himself, whom La Luz met a year-and-a-half ago when they opened for him in Portland. “I had been a big fan of him for years,” Cleveland says. “I was asking him about engineers that he had worked with in the past, and he was like, ‘Well, I don’t know who would be best, but I’ll record it.'”

With Segall’s help, the almost-definitely 11-track (“It could be 12,” Cleveland hedges) record will end up sounding more lo-fi than its predecessor, which featured the harmony’n’bass-driven “Pink Slime,” the darkly dissonant “Big Big Blood,” and the percussion-heavy doo-wop romp “Sure as Spring.” “[Segall] wanted to put fuzz in every song,” she recalls. “I’d never used fuzz before. I’ve always used pretty minimal effects on the guitar. Sometimes I use a tiny bit of delay, but mostly I use tons of reverb and leave it at that. But he just kept going, ‘Yeah, that was great, but let’s try it with the fuzz pedal on.'” 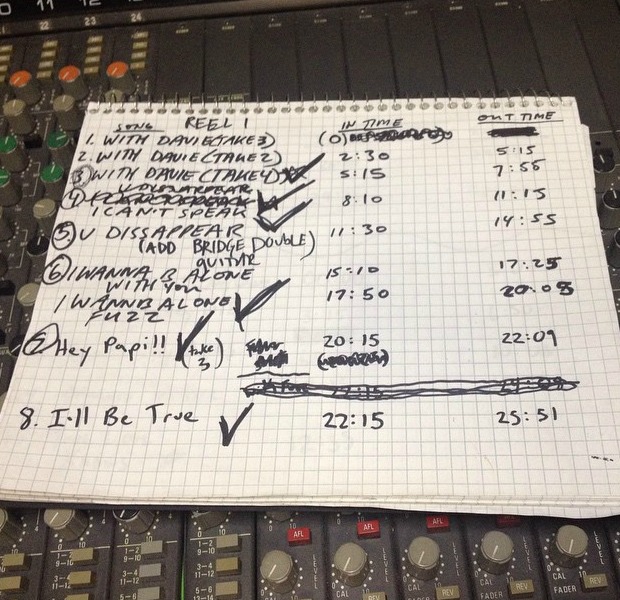 The album — which the singer-guitarist describes as simultaneously “fun” and “obsessed with death” — also deals, understandably, with their accident. “It definitely shows up all over the album,” Cleveland shares. “The opening track — which starts off really slow and minimal and then builds — is inspired by the idea of taking advantage of the time we have, which sounds so cheesy. Any time you talk about lessons you learned from near death, it just sounds ridiculous and cliché, but it’s also a powerful emotion.”

Further macabre moments include feeling stuck in your own head — plus some “weird love songs.” She continues: “I think there may be one straight-up love song, and then a lot of songs about lost love or reluctant love… There was a song that is inspired by a Richard Brautigan poem, and there are a couple songs about being a creep.”

Despite her lingering anxieties and sincere interest in gloomy themes, the occasional painter and poet — like so many who have had near-death experiences — now has “a new perspective” on life. “I feel like run-ins with death have some benefits,” she says. “It reminds me of what’s important. We were really lucky to get out of that alive.”

In The Studio, La Luz