Review: Godspeed You! Black Emperor Renew Their Orchestral Bombast on ‘Asunder, Sweet and Other Distress’

Over their first two decades, Godspeed You! Black Emperor has garnered as much of a reputation for their enigmatic relationship with publicity as for the group’s unquestionable influence on the post-rock contingent. But founding member and longtime spokesperson Efrim Menuck was invariably candid in an interview with Self-Titled Mag last year where he discussed the anti-political bent of his music: “I had a rough period from about the age of 17 to 23… I was homeless, broke, and fucked up, and everyone I knew was homeless, broke, and fucked up. That was when everything clicked in my head. I realized the world was unjust, that the game was rigged.”

That disillusionment has served his band well, at least; not solely in the presentation of their identity to the public, but also in the undercurrent of the music itself — songs deliberately structured to capitalize on their own entropy through sprawling orchestration and earth-shaking crescendos. The success of Godspeed’s records has been somewhat paradoxical: When does the unpredictable become predictable, and what does a group who’s found their primary strength do when those creative avenues are spent?

At least four answers are found with the tracks that make up GY!BE’s newest full-length, Asunder, Sweet and Other Distress, their second since returning from hiatus with 2012’s outstanding ‘Allelujah! Don’t Bend! Ascend! Each quarter of the band’s heaviest and darkest release to date offers a musical narrative unlike any of the collective’s previous material, though familiar enough in execution that longtime listeners aren’t likely to be jarred. Godspeed’s uncommon standard ascent from orchestral surges to bombastic climaxes is brought under a brooding, minimalist lens.

With a low-end trudge comparable to any metal you’ll hear this year, “Peasantry or ‘Light! Inside of Light!” wastes little time in getting to its sticking place, with the percussive lead-in quickly layered with horns, then guitar and strings, all engaged in a cohesive (but no less enormous) call-and-response between major and minor chords that’s set against a droning electronic backdrop. The song is on par with Godspeed’s singularly colossal sound, only now instead of working into its climactic moments with graduated progression, the sense of urgency is immediate and unrelenting. “Peasantry” also provides one of the album’s most stunning divergences as Sophie Trudeau’s gorgeously fractured violin wavers with Middle Eastern-influenced tremolos. Paired with the overwhelming roil of the other musicians, the beauty is all the more effective.

Split into two separate tracks, the middle portion of the album is a 16-minute plunge into their most abrasive sonics to date. From the triumphant lockstep of the opener into the bare landscape of “Lambs’ Breath,” the commonality and unity of the instrumentation begins to move with exacting and measured force. Alongside “Asunder, Sweet,” both songs form a harrowing — and, at times, even sinister — contrast that’s bookended by the album’s overtly exultant tracks.

Though they’ve never ventured into formulaic safety, GY!BE’s narrowed focus gives them a formidable strength. Sure, this band’s songs are still the sprawling, epic-scale planetary collisions we’ve come to expect, and the crescendos are as mighty as any you might hear on one of the group’s four full-lengths prior. What’s changed is the translation of that narrative to the listener. Exchanging their volatile tendencies for restraint and focus, Godspeed You! Black Emperor have created another incredible work and one that finds them again evading the confines of formula — even if it happens to be their own. 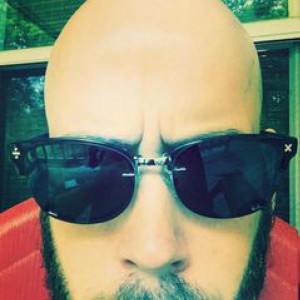