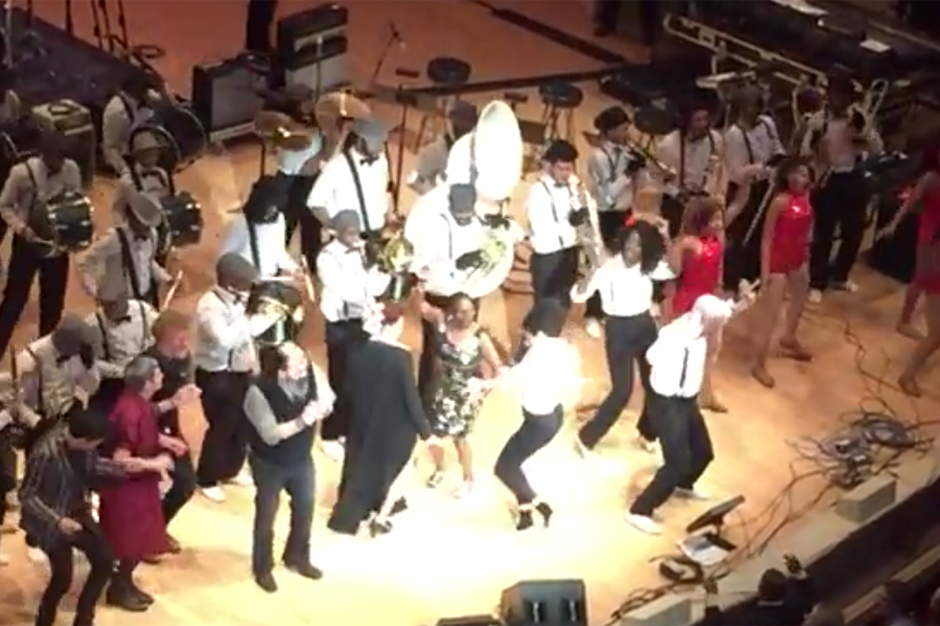 David Byrne had a star-studded charity tribute concert in his honor at New York’s Carnegie Hall last night, where the following artists got up onstage to perform songs by the famed Talking Heads frontman: Sharon Jones (who sang “Psycho Killer”), Alexis Krauss, Santigold, Amanda Palmer, O.A.R., Glen Hansard, and more. According to the Associated Press, Byrne himself turned up to the show with a marching band to sing “God’s Army” and later danced along to “Uptown Funk.” Watch the fan-shot performance videos below, and check out Amanda Palmer and Alexis Krauss performing alongside Antibalas at the City Winery rehearsal before the show.