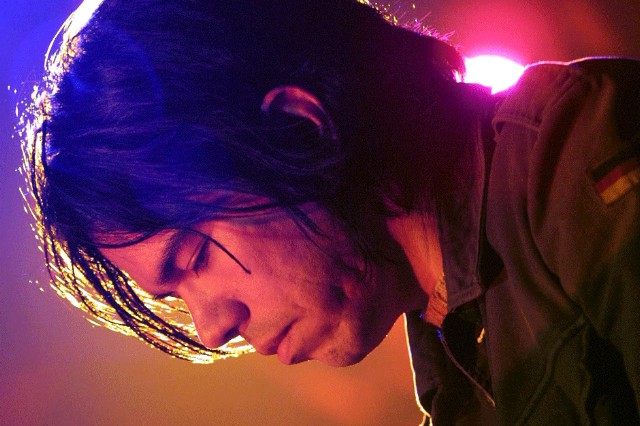 UPDATE: Pajo has posted a photo to Instagram of himself giving a thumbs-up from a hospital bed. The picture’s caption is cryptic, but the guitarist appears to be in good hands after last night’s failed suicide attempt. Stereogum reports that he allegedly tried to hang himself.

David Pajo has reportedly survived a suicide attempt. The guitarist and founding member of Slint posted an apparent suicide note to his personal website late Thursday night that begins, “This is where my story ends.” Titled “I Surrender to My Broken Heart,” the note is directed at Pajo’s ex-wife,  whom Pajo claims was having an affair and prevented him from seeing his children.

“You shattered my life, stabbed me in the heart, took my kids, and made me the awful villain,” the 46-year-old writes. Noisey reports that fans who saw the post alerted the authorities and EMS intervened. According to an email from his mother, Pajo is currently in the hospital and is expected to survive.

In addition to his work with Slint, the Louisville native has also played with Zwan, Interpol, Yeah Yeah Yeahs, Will Oldham, and Stereolab, and performed solo as Papa M and Pajo. Further details are scarce, but we’ll update as more information surfaces.

Update, March 1, 2017: At her request, SPIN has updated this post to remove the name of David Pajo’s ex-wife. In this interview from October 2016, Pajo discusses his recovery from the suicide attempt and says he’s now doing better.