Moz, as far as we know, does not actually have Ebola 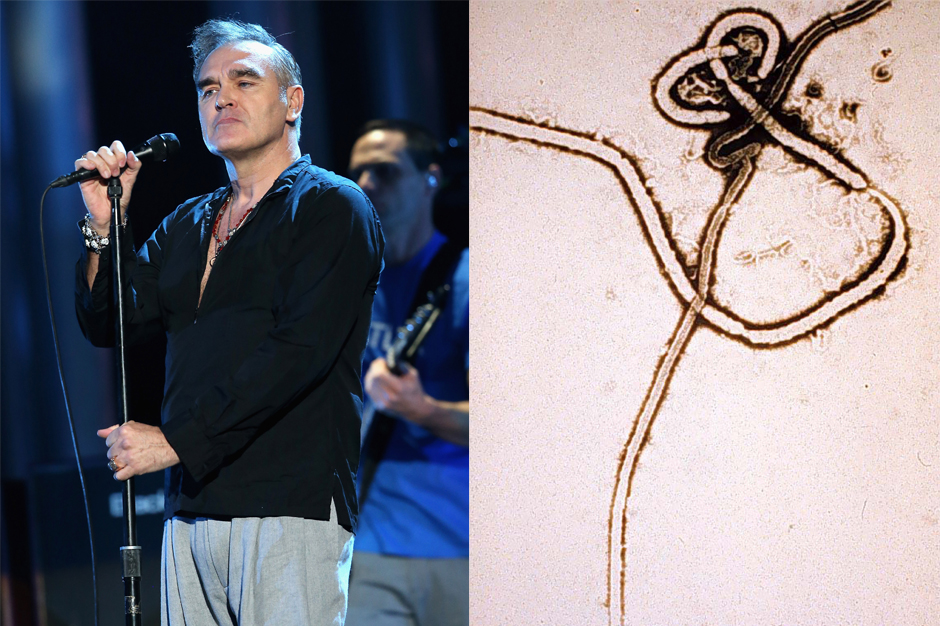 Morrissey seems like a great guy. According to a post on the Morrissey fan site Morrissey-Solo, a fan spotted the Debbie Downer of a singer at LAX in Los Angeles and asked for an autograph. Morrissey said he couldn’t because he had Ebola. Or, as the poster put it:

I met morrissey tonight but unfortunately his bodyguard would not allow me to take a picture and when I asked morrissey for his autograph he told me he couldn’t because he has ebola…. typical morrissey answer… still exciting though

We at SPIN have no way of confirming this, but we’re pretty confident in stating that Morrissey does not, in fact, have the disease that has killed thousands. If he did, then his presence at one of the busiest international airports in the world would probably be a bigger concern than not signing something for one fan. So rest assured — Morrissey is Ebola-free. He’s just kind of a tool. (h/t Stereogum)