Flight of the Conchords Will Reunite for a 2015 Tour 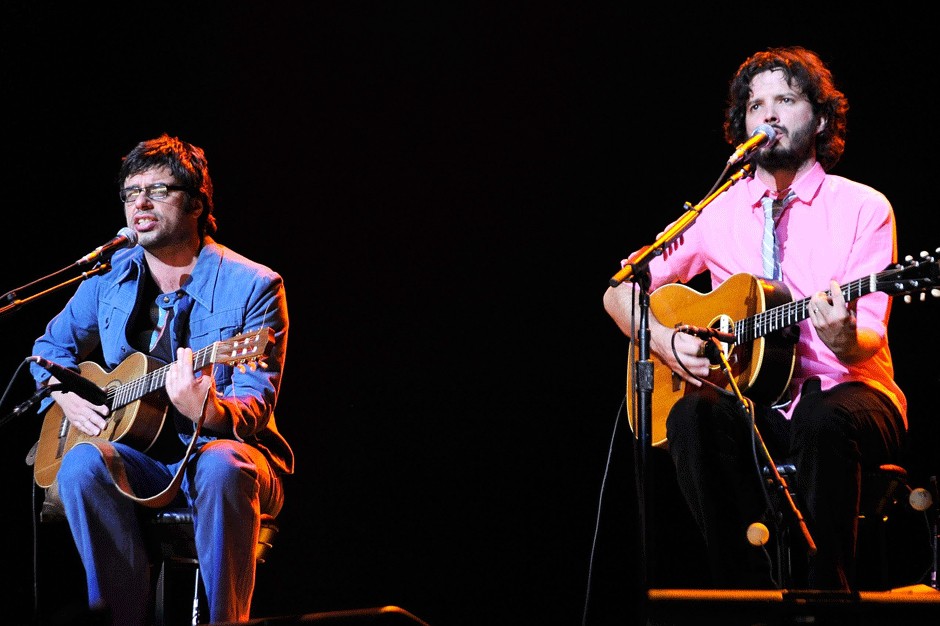 Flight of the Conchords — who some might recall quoting extensively when their titular HBO show ran from 2007 through 2009 — have announced plans to embark on their first tour together in five years. Billboard reports that the New Zealand comedy-rock duo — a.k.a. Jemaine Clement and Bret McKenzie — are not only “planning on touring later on in the year in the States,” but will also debut brand-new material during this time. “I really don’t like the studio part of music,” said Clement, who revealed the news at Sundance while promoting his new film, People, Places, Things. “I more enjoy playing live and letting others take care of the recording.” The birds haven’t toured together since their brief stint in 2010, as well as a smattering of shows in 2012 and a one-off charity single for Red Nose Day. No 2015 dates have been confirmed just yet.