It takes a lot to make a stew 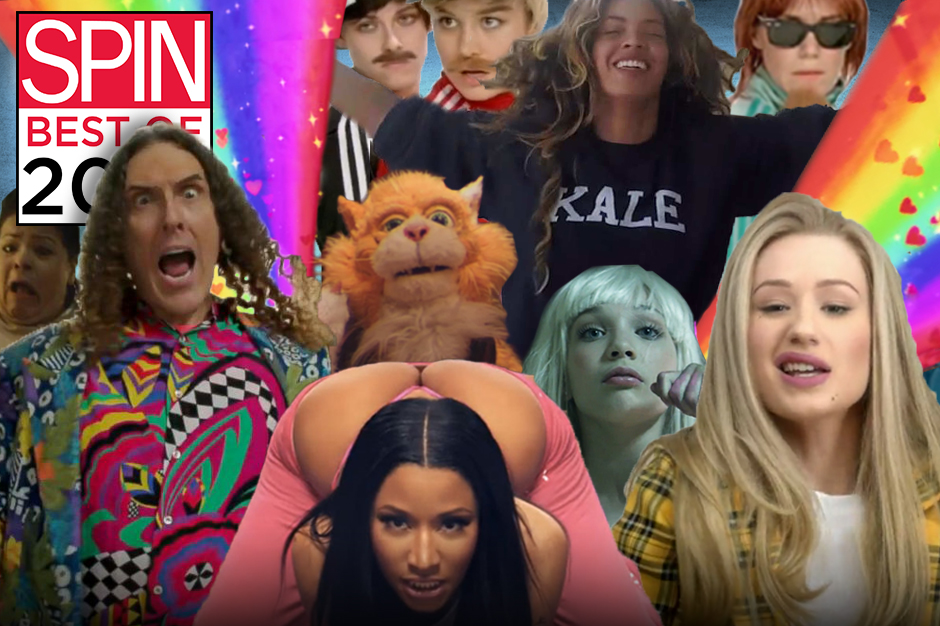 Music videos took a bonkers turn in 2014: “Weird Al” Yankovic reveled in all things tasteless, Pee-Wee Herman played a loony race-car driver, butts hit peak ubiquity, and cats morphed into superheroes. From where this madcap, “WTAF” vibe came, we have no idea. I’ll all make sense next year. Probably. Till then, here are the 25 Best Music Videos of 2014.

If there was ever such a thing as “post-apocalyptic krumping,” it would be whatever Lykke Li is doing in the clip for her beautiful I Never Learn highlight. DAN WEISS P

If nothing else, this clip for producer Todd Terje’s jittery synth-fest earns points for being practical. In addition to being a music video, it’s also a fully functioning advertisement for the titular 1981 DeLorean DMC-12 (which, apparently, is still available for purchase). One problem: Where we’re going, we don’t need roads. J.G.

23. TV On The Radio, “Happy Idiot” (Directed by Danny Jelinek)

Paul Reubens, best known as Pee-wee Herman, plays Racer Steven, a washed-up race car driver who is probably going insane. With a pitch like that, what else does a music video need? Nothing, but this one also has the delightful Karen Gillan of Dr. Who and Guardians of the Galaxy fame as an added geek bonus. JAMES GREBEY

It would’ve been so easy for this British electronic string collective to go the “love story” route with their visuals. Instead, we get a trippy “Is this just real life?” trip through a woman’s increasingly hallucinatory workday, featuring glimmering appearances by members of the band. It ends — as all hazy daydreams do — with a beachside dance-off. BRENNAN CARLEY.

21. Mastodon, “The Motherload” (Directed by Jonathan Rej and Thomas Bingham)

Mastodon’s attempt to make twerking metal may have sparked a little bit of controversy back when the video first came out, but(t) in hindsight you’ve got to admit that it certainly made an impression. The occult tush-shaking is oddly captivating (especially when the ass-kaleidoscope starts a’whirling), and is certainly a humorous change of pace from the genre’s more typical visuals. There’s still over-the-top fire and brimstone metal imagery, only its been taken to the gluteus maximum. J.G.

This macabre clip, which bears a striking resemblance to the Onion’s “Ideal-Woman Rubber Mask” mock-commercial, features a cast of men dressed as women, as Pink says, “in search of meaning and happiness.” Topping their costumes off with creepy latex masks, Pink’s cross-dressers don’t look especially happy, but at least they’re conducting a search. RACHEL BRODSKY

Monáe’s own version of “Red Solo Cup,” a.k.a. the funkiest sorority party on campus — complete with lightsabers and paddles. D.W.

El-P and Killer Mike play bumbling EMTs for laughs in this clip for a song about — gulp — how the delinquent duo still provide better treatment than too many real-life emergency victims actually do receive. D.W.

In an on-point portrayal of date rape, Kira Isabella’s “Quarterback” clip follows an impressionable high school freshman to a football game, then to a party, then to the backseat of — yep — the eponymous sportsman’s car. And, in keeping dispicable high-school/college tradition of documenting conquests, the antagonist posts photos from his night for the entire school to see. The unfolding story is painful to witness but impossible to ignore: Isabella’s unflinching clip shines a much-needed light on pervasive victim-blaming culture and gendered double-standards. R.B.

If only every hangover were as fun — if sporadically regrettable — as Tove Lo’s. In this eye-rubbing haze of a video, Tove travels from bathtub to sex club and back in a blur of friendly kissing and shot-pounding. The struggle is real. B.C.