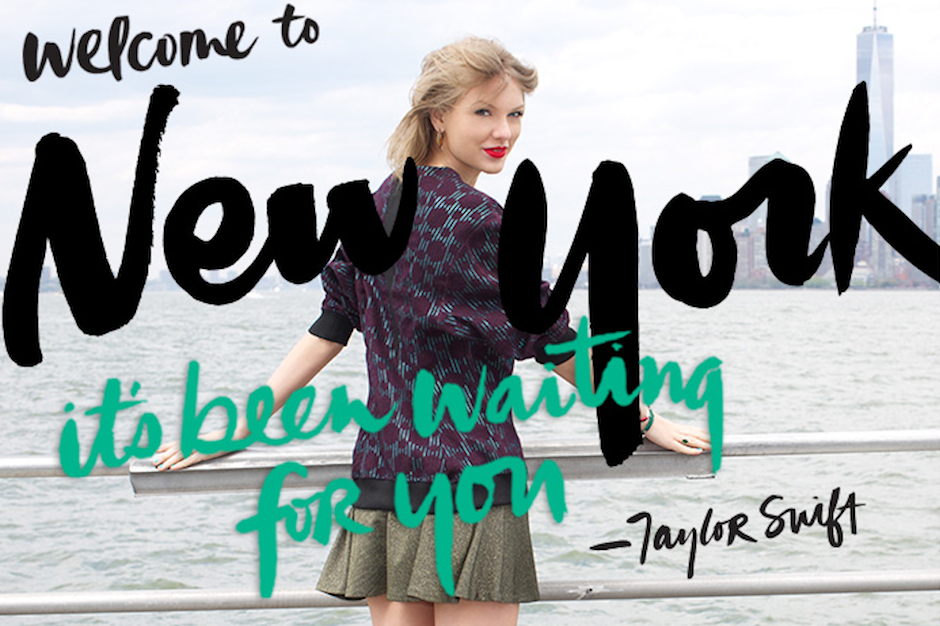 The tourism group NYC & Company partnered with the fairly recent Manhattanite to encourage tourists to visit Swift’s new home city, and she’s more than ready to show them the ropes. For instance, in one video, she explains what a “bodega,” is, and lets southerners know the difference between a porch and a stoop. Perhaps most importantly, she teaches visitors how to correctly pronounce “Houston Street” (hint for all the non-New Yorkers: it’s not the way you’d think).

Swift announced the partnership Monday on Good Morning America. There’s no word yet if she’ll do the next logical thing and partner with the National Parks Service to promote hiking safety with “Out of the Woods.” Her much-anticipated pop album, 1989, is now out. Monday also saw the announcement that Swift will be headlining Dick Clark’s New Year’s Rockin’ Eve with Ryan Seacrest, according to USA Today. While this is all well and good, it does seem to call the welcome ambassador’s New Yorker credentials into question — no real New Yorker would be caught dead in Times Square on New Year’s Eve.